Iran to sue US for blocking flood relief aid

TEHRAN, Apr 23 - Iran plans to file a complaint at the International Court of Justice against the US government for preventing the delivery of foreign relief aid for flood victims, Iran’s vice president for legal affairs said. 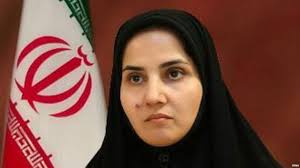 She also explained that Washington has violated the International Court of Justice’s 2018 ruling that ordered the US to lift bans on the free export of medicine to Iran.

Foreign citizens and Iranian nationals living abroad have been unable to send any relief aid to flood-hit people in Iran due to the US move to freeze all bank accounts of the Iranian Red Crescent Society.

In October 2018, the ICJ found that assurances offered by Washington that it would do its best to ensure the anti-Iran sanctions would not affect humanitarian conditions were "not adequate to address fully the humanitarian and safety concerns raised" by Iran.

In its provisional verdict, the ICJ had ruled that the US government should lift all bans on the free export of humanitarian goods like food and medicine to Iran which have been re-imposed after Washington’s withdrawal from the 2015 Iran nuclear deal.

The ICJ, which is based in The Hague and is also known as the World Court, is the United Nations tribunal for resolving international disputes. Iran's filing asks the ICJ to order the United States to provisionally lift its sanctions ahead of more detailed arguments.