TEHRAN, May 15 - UNICEF Executive Director said since the Saudi-led war in Yemen began four years ago, 7,300 children have been killed or seriously injured. These are verified numbers. The actual numbers are no doubt higher. 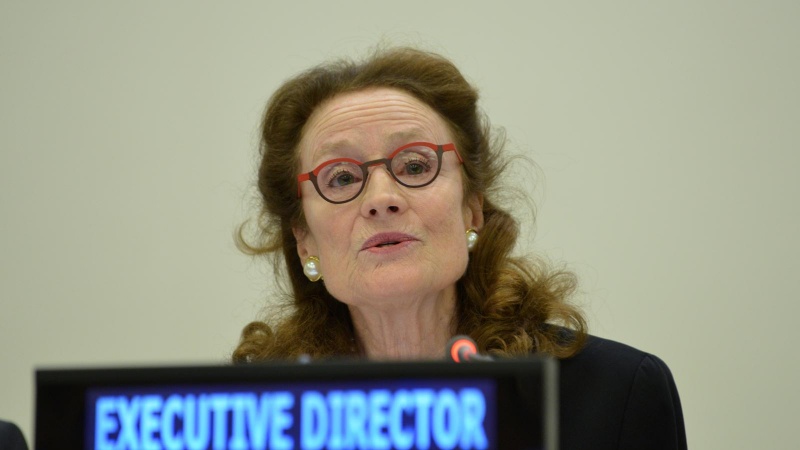 TEHRAN, Young Journalists Club (YJC) - Addressing the United Nations Security Council meeting on Wednesday, Henrietta Fore said, "The fighting still rages across 30 active conflict zones — home to nearly 1.2 million children. Each day, another eight children will be killed, injured or recruited to the fighting. Every 10 minutes, another child will die from a preventable cause."

UNICEF Executive Director stated that 360,000 children suffering from severe acute malnutrition. In fact, half the children under five years old in Yemen — 2.5 million — are stunted. And stunting is irreversible, According to UNICEF.

Like a lack of a simple vaccination — with 151 children dying of diphtheria since last August. Or like cholera and severe acute watery diarrhea. Despite the best efforts of the humanitarian community — including over two million doses of oral cholera vaccines delivered over the last year — there are over 135,000 suspected cases reported so far this year among children. Over 3,300 people have died of cholera since 2017 — including 153 children since January alone. A number that will increase as we head into the rainy season. And as always, the children die first, she said.

"More than two million children are out-of-school. And one in five schools have been damaged or destroyed in the fighting. A huge blow to their future potential. Fifteen million children in Yemen are asking you to save their lives. Please help them. They need peace.We call on the Security Council to speak with one voice to protect the children of Yemen and stop grave violations against them," She added.

These crimes come in the context of the daily crimes of aggression against civilians in Yemen for over four years of brutal aggression amid international silence of human rights advocates in the world.

Saudi Arabia and a number of its regional allies launched the war on Yemen in March 2015 with the aim of crushing the Houthis and bringing the Riyadh-backed former regime back to power. They have failed to achieve either of the objectives.