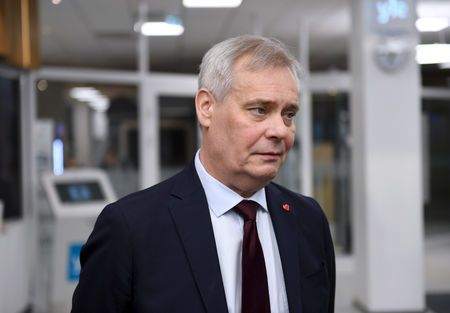 TEHRAN, Young Journalists Club (YJC) - The election-winning Social Democrats and four smaller parties have been in talks since the April 14 general election to agree a joint program for their planned coalition.

Social Democrat Antti Rinne, who is likely to be Finland's next prime minister, told reporters on Tuesday that the parties had been able to agree on financial measures for the new government but did not reveal any figures or details.

Other policies remain under discussion.

According to Helsingin Sanomat's sources, Rinne's coalition is planning to increase permanent public expenditure by 1.2 billion euros ($1.34 billion) over its four-year term, with a higher figure for non-recurring new spending.

The paper said public assets would be sold to raise some 2-3 billion euros ($2.24-3.36 billion) to fund infrastructure such as new fast railway connections between Helsinki and Turku on the south-western coast and Tampere, north of the capital.

Tax hikes, mostly to excise and environmental duties, to bring in an additional 700 million euros, had reportedly already been agreed by the parties.

Rinne told reporters the five might be able to conclude their coalition talks by Wednesday evening, but did not say when their program for government would be announced.

"If everything plays out well, tomorrow we will begin to discuss the government's composition, its ministers and so forth ... The new government could be nominated toward the end of next week," Rinne said.