TEHRAN, May 29 - Scientists have identified a new species of rat snake living in Eastern Europe. The team of herpetologists decided to name the snake after the often overlooked Iron Age kingdom of Urartu. 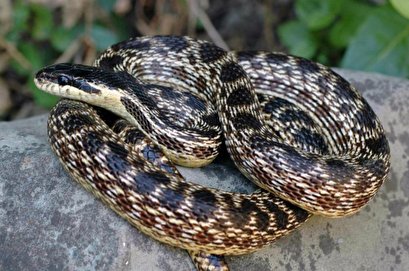 In a new paper, published this week in the journal PeerJ, scientists described the new species, Elaphe urartica, and the expanded range of the blotched rat snake.

The blotched rat snake's scientific name was originally proposed by Peter Simon Pallas, a famed 19th century Prussian naturalist. The name honors the Sarmatians, a confederation of nomadic tribes that occupied the Eurasian steppe between the 5th century BC and 4th century AD.

The name of the new species, found hiding among its close relatives, is an homage to another ancient people, the kingdom of Urartu. The Iron Age kingdom centered around Lake Van in the Armenian Highlands, which today is a part of Turkey. The kingdom thrived between the 9th and 6th centuries BC.

Researchers suggest periods of ancient climate change, and the advance and retreat of glaciers in the region, drove the diversification of species in the Elaphe genus.