Former President George H.W. Bush wants his son Jeb to consider a White House bid, another member of the famous family told reporters at CNN this week.
Neil Bush — the offspring of the forty-first president of the United States and the brother of number 43 — said during an interview with the news network that aired Thursday that the patriarch of the Texas political dynasty wants his second son, former governor of Florida Jeb Bush, to run in 2016.
Jeb Bush, 61, has repeatedly been considered a potential Republican Party candidate during the next presidential election, and on Wednesday this week he said during an address in New York, "I'm thinking about running for president," according to CBS. His brother now says that the rest of the family has been getting involved in the debate as well. 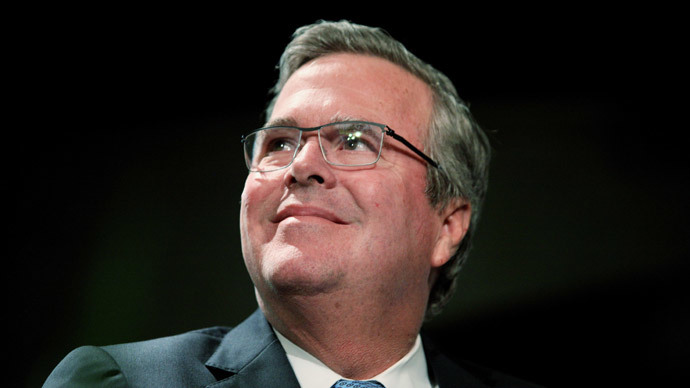 Speaking to CNN, Neil Bush explained that a discussion erupted recently when his mother, former first lady Barbara Bush, said there had been "enough Bushes” in the White House already.
"We’re sitting in the waiting room of the hotel waiting to go to the Bush library event, and mom said that, we were all watching Jeb standing over in the corner nervously, just, like, what’s your response to that?” her son explained to CNN on Thursday, according to Politico. "But it’s not going to affect Jeb’s decision. If you ask dad, if you ask dad the same question, should Jeb run? He’d say yes.”
Should his brother decide to take the change, then Neil Bush said the family name is likely to help kick start a campaign whether he wants it to or not.
"So it’s not like it’s automatically a benefit to have a famous name, but it clearly gets Jeb off the starting blocks much quicker,” Neil Bush told CNN.
George W. Bush — Jeb and Neil’s sibling and the forty-third president of the United States — previously told ABC that the former Florida governor would make a "marvelous candidate” should he chose to run.
If Jeb Bush throws his hat in the ring, then American voters may see a strikingly familiar set of names when they hit the polls in 2016: former first lady Hillary Clinton is currently considered a be a top Democratic contender for that party’s pick, and having her and the former governor go neck-and-neck would allow for another Bush-Clinton match up to occur, emulating the 1992 election in which Bill Clinton beat the incumbent, Bush 41, to win the presidency.
Share to
Tags
George Bush ، jeb ، Neil ، Us ، president
Your Comment