TEHRAN, Jun 4 - Mexico said on Monday it would reject a U.S. idea to take in all Central American asylum seekers if it is raised at talks this week with the Trump administration, which has threatened to impose tariffs if Mexico does not crack down on illegal immigration. 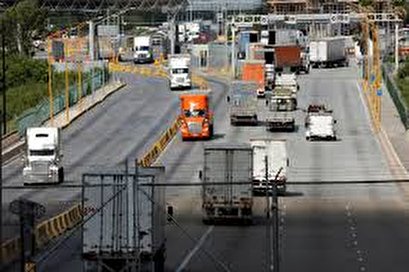 TEHRAN, Young Journalists Club (YJC) -President Donald Trump said last week he would impose a blanket tariff on Mexican imports on June 10 to try to pressure Mexico to tackle large flows of mostly Central American migrants passing through en route to the United States. The move has spooked global markets worried about a new front in the U.S. trade war.

Mexican Foreign Minister Marcelo Ebrard said the country was committed to continuing to work to keep migrants from Central America from reaching the U.S. border. Pushing back against Trump’s charge that Mexico was doing “nothing” to help, the government said 250,000 more immigrants would reach the United States in 2019 without its efforts.

Ebrard said, however, that a proposal favored by some U.S. officials to designate Mexico a “safe third country,” which would force Central Americans seeking asylum in the United States to apply for it instead in Mexico, was not an option.

Such a designation would in theory cut the number of new Central American asylum seekers to almost zero, and removing it from the discussion leaves fewer negotiating options available for avoiding the 5% tariffs due to kick in next week.

The Mexican economy, which is heavily reliant on exports to the United States, shrank in the first quarter and would reel under U.S. levies.

Goldman Sachs economists on Monday gave a 70% chance of the tariffs on Mexican imports coming into effect on June 10.

Trump’s threat roiled markets already hit by the trade war between the United States and China. The price of oil fell on Monday as U.S. disputes with the two countries deepened concerns about weakening global crude demand.

Markets are concerned that import tariffs would ultimately hit the U.S. economy by adding to the cost of a wide range of goods in the United States, from Mexican-made cars and auto parts to televisions, beer and food.

Mexican Economy Minister Graciela Marquez said in a statement such duties would affect all 50 U.S. states and harm value chains, consumers and trade-related jobs in both countries.

She said Mexico would retaliate if the tariffs were imposed, either hitting back at targeted U.S. goods, or by seeking redress through multilateral organizations.

In the recent past, Mexico has been effective in focusing trade retaliation on U.S. agricultural produce in states that voted for Trump in the 2016 election.

A 5% tariff on imported goods from Mexico, which last year totaled $347 billion, according to U.S. data, would result in a potential tax increase on American businesses and consumers of $17 billion, the U.S. Chamber of Commerce estimated. It said the number would reach $86 billion should Trump’s increase the duties to 25%, as threatened.

The Chamber has said it is looking at ways to challenge Trump’s plan, including legal options.