TEHRAN, Jun 5 - Iran and several other OPEC members have opposed a proposal to reschedule the oil producing group’s next meeting later this month, reports said on Wednesday. 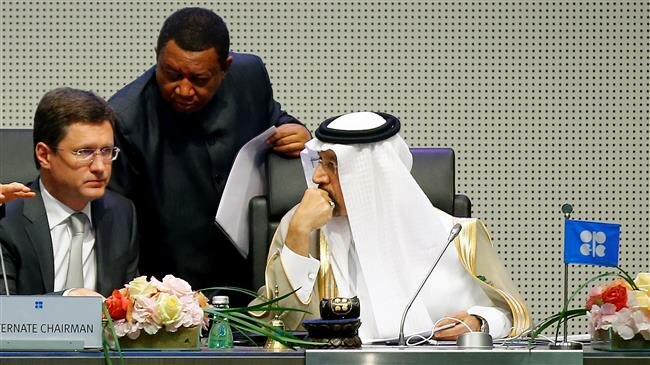 TEHRAN, Young Journalists Club (YJC) - The Organization of the Petroleum Exporting Countries is about to meet on June 25 and hold a follow-up meeting with Russia and other non-OPEC allies the next day.

However, some participants have proposed moving the meeting to July 3-4, which has been endorsed by Saudi Arabia, according to media reports.

Reuters news agency said on Wednesday it had seen a letter by Iranian Minister of Petroleum Bijan Zangeneh who rejected delaying the meeting.

“I disagree with the proposed changes of the dates. I have already tight commitment in that period and, moreover, no reason was provided on the urgency of giving consideration to this date change,” Zangeneh reportedly wrote.

Algeria, Kazakhstan, Venezuela and Libya had sent similar letters in which they disagreed with moving the dates, it added.

Unanimity is needed for any OPEC decision. Reuters cited unnamed sources as saying that one option would be to keep the OPEC meeting unchanged and move the talks with the non-OPEC allies to July.

Russia and some non-OPEC producers have been cooperating with OPEC to rebalance the market in the face of the United States which is trying to control it with ramped-up shale oil production.

In December, they agreed to cut production by 1.2 million barrels per day (bpd) in order to eliminate a glut in the market.

For the next meeting, they appear to keep output cuts unchanged amid downward pressure on oil prices.

Saudi Arabia said on Monday a consensus was emerging for continued cuts in the second half of the year to ensure market stability.

The oil market is under strain from an escalation of the US-China trade war which has added further downside risks to already slowing economies.

On Tuesday, the price of international benchmark Brent crude oil slid to the lowest level since January.

Over the past month, oil prices have tumbled almost 20 percent to around $60 a barrel.

A surprise gain in US inventories dragged prices further on Wednesday, with Brent futures down 27 cents at $61.70 a barrel. US benchmark West Texas Intermediate slid 32 cents to $53.16 a barrel.

The oil market is moving to unchartered territory from a US “economic war” on Iran, which is a key OPEC producer with more than 2 million bpd.

The US decided not to extend its sanctions waivers to eight importers of Iranian crude after the exemptions expired at the beginning of May.

The United States has pledged to eliminate all Iranian crude oil exports, and is relying on Saudi Arabia and its other allies in the Persian Gulf to fill the gap in supplies.