Galloway fired by UK radio after posting tweet against Israel

TEHRAN, Jun 5 - Prominent British journalist and political activist George Galloway has been sacked as the host of a popular radio show after her published anti-Israeli comments online. 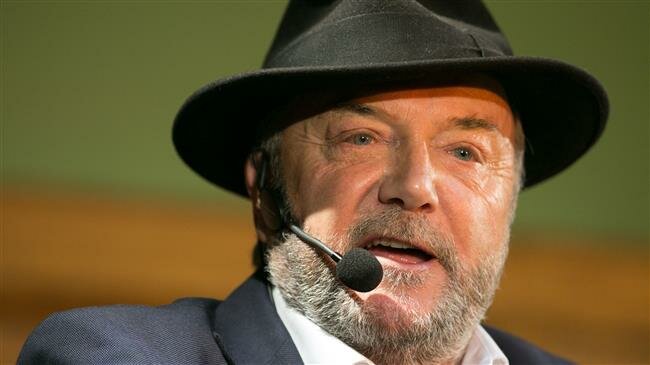 TEHRAN, Young Journalists Club (YJC) - Galloway was fired by talkRadio station after he sent a tweet congratulating football club Liverpool FC on their victory in UEFA Champions League final against Tottenham on Sunday.

He said in his post on Twitter that he was pleased to see that Tottenham, a north London club with significant links to Jewish community in Britain, was not able to win the match because fans could use the success to draw attentions to the Israeli flags they normally fly during the games.

However, talkRadio said Galloway’s sentence on Israeli flag reflected his anti-Semitic views and cancelled his show for good.

Galloway hit back immediately by saying that he would sue the radio station. He defended his tweet by saying that a number of Tottenham fans had actually been flying Israeli flags in the Spanish stadium where the top European football game was being held.

Galloway, a prominent figure campaigning for the rights of the Palestinians against Israeli occupation, has repeatedly blasted the pro-Israeli lobby in Britain for taking advantage of a public debate about racism and anti-Semitism.

The former Labour member of parliament has dismissed accusations he and other figures in the party, like Labour leader Jeremy Corbyn, have been anti-Semitic simply because they have been criticizing Israel and its policies in the occupied Palestinian territories.

Galloway is also known for his years of fierce campaigning against an illegal war in Iraq. In fact, Galloway was the main figure leading a million-man march in London in 2003 against Britain’s contribution to the American war in Iraq.

The 64-year-old has repeatedly been targeted by UK authorities for his media activity. Britain’s media regulator Ofcom had found him in breach of regulations since he took over The Mother of All Talk Shows in talkRadio in 2016.