TEHRAN, Jun 8 -Summer at the nation's swimming pools and hot tubs means fun for kids, but danger, too. 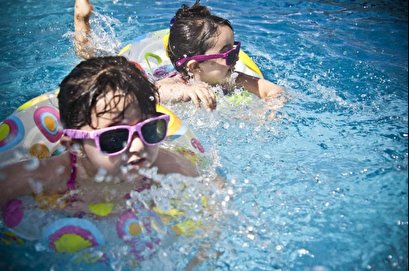 TEHRAN, Young Journalists Club (YJC) - The latest national data, for 2016, find 389 U.S. youngsters under the age of 15 drowned in pools and hot tubs that year.

Most of the deaths -- 74 percent -- involved children under age 5, the researchers found.

The new report "indicates a spike in drowning incidents among all children younger than 15," noted Nikki Fleming, who is leader of the Pool Safely campaign, sponsored by the U.S. Consumer Product Safety Commission.

Although the months of May through August are peak time for drownings, the month of June is the most dangerous month of the year for kids losing their lives in this way, Fleming said. About three-quarters of all drownings in pools or spas, such as hot tubs and Jacuzzis, happen at home.

In addition to drownings, the years 2016 through 2018 saw about 6,600 emergency room visits related to pool or spa injuries annually.

And the CPSC highlighted one particular pool hazard: "suction entrapment." That's when children become trapped on a suction outlet cover in a public pool or spa. In the past, dozens of children drowned each year after becoming entangled in pool drains.

Luckily, there's good news to report on these incidents: "Since the Virginia Graeme Baker Pool and Spa Safety Act went into effect in December 2008, there have been no reported fatalities involving a child being entrapped on a suction outlet cover in a public pool or spa," Fleming noted.

That safety legislation was named after Virginia Graeme Baker, the granddaughter of former U.S. Secretary of State James Baker. She died at the age of 7 in a pool suction entrapment accident in 2002.

The Act mandates that pools now have specially designed drain covers and other devices aimed at preventing suction entrapments.

Dr. Robert Glatter, an emergency physician at Lenox Hill Hospital in New York City, offered the following tips to parents on how to keep children water-safe this summer: