Iraq's Prime Minister Nuri al-Maliki, seeking re-election in parliamentary polls being held on Wednesday, told reporters his bloc's "victory is certain" after casting his ballot in Baghdad's heavily-fortified Green Zone.
"Our victory is certain, but we are waiting to see the size of our victory," said Maliki, who has been Iraq's leader since 2006.
Polls opened Wednesday in Iraq's first parliamentary election since US troops withdrew, with Prime Minister Nuri al-Maliki seeking a third term in power amid the country's worst violence in years. 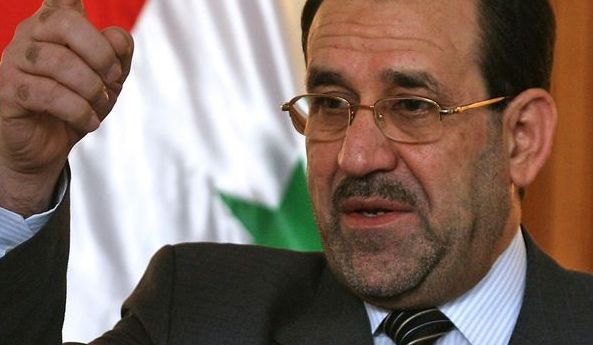 Iraqis have a long list of grievances, ranging from poor public services to rampant corruption and soaring unemployment, but the month-long campaign has centred on Maliki's bid for a third term and a dramatic deterioration in security in recent months.

The run-up to the election has seen Baghdad and other major cities swamped in posters and bunting.

Parties have staged rallies and would-be lawmakers have angrily debated on television, though appeals to voters have largely been made on sectarian, ethnic or tribal grounds rather than the issues themselves.

Attacks on polling stations and campaign gatherings in recent days have cast a pall over the vote, and spurred fears that much of the electorate could stay home rather than risk being targeted.
AFP
Share to
Tags
Iraq ، elections ، Maliki
Your Comment