The United States condemned "unacceptable" violence on the bloodiest day since Kiev's Western-backed government took power, urging both Ukraine and Russia to restore order.
At least 31 people died in a fire in the southern Ukrainian city of Odessa, with local media reporting that pro-Russian militants were believed to have been in the burning building at the time. 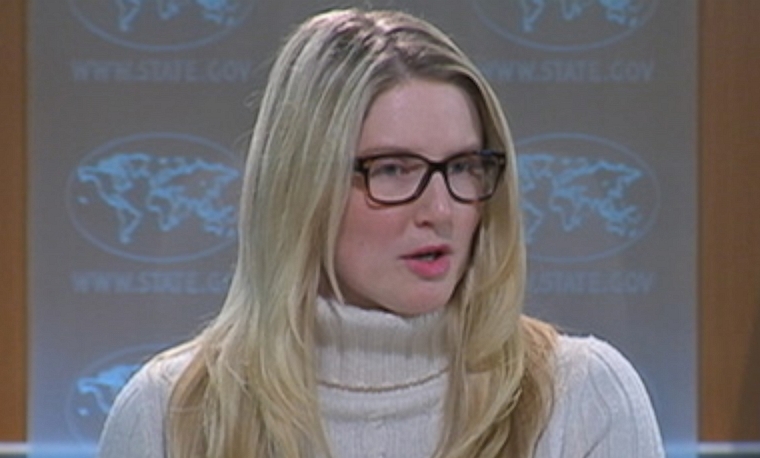 Violence also spread across the country.

There were clashes between pro-Russian and pro-Ukrainian militants, with reports of renewed fighting in Slavyansk leading to the deaths of two more Ukrainian soldiers, meaning at least nine people had been killed in violence in the flashpoint eastern town throughout the day.

"Today, the international community must stand together in support of the Ukrainian people as they cope with this tragedy," State Department deputy spokeswoman Marie Harf said in a statement mourning the "heartbreaking" loss of life.

"The violence and mayhem that led to so many senseless deaths and injuries is unacceptable."

Amid the most serious rupture in West-Moscow relations since the Cold War, the United States earlier threatened to hit Russia with new sanctions within three weeks over what Washington called its continued "destabilization" of Ukraine.

President Barack Obama threatened to expand punitive sanctions to broad sections of the Russian economy if Moscow continued to foment chaos in the former Soviet republic ahead of planned May 25 presidential elections.

Harf prodded both sides to ease tensions, saying the fire pointed to a need for an "immediate de-escalation" of tensions.

"We call on all sides to work together to restore calm and law and order, and we call on the Ukrainian authorities to launch a full investigation and to bring all those responsible to justice," she said.

"The violence and efforts to destabilize the country must end."

Harf also renewed US calls for "immediate implementation" of a peace deal clinched in Geneva last month.
AFP
Share to
Tags
US ، Odessa ، Ukraine
Your Comment