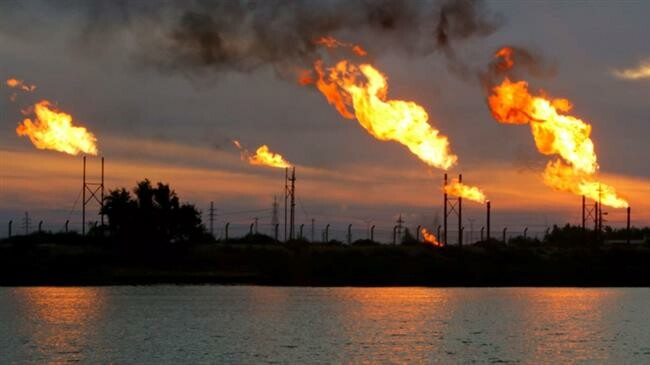 TEHRAN, Young Journalists Club (YJC) - Citing the Iraqi police, Reuters said the projectile came down 100 meters away from the section of the site used as a residence and operations center by the US company ExxonMobil on Wednesday morning.

The police identified the casualties as workers.

The agency also quoted a security source as saying that Exxon was preparing to evacuate some 20 foreign staff in the aftermath of the attack.

Two similar incidents broke out across the country over the previous two days.

At least one Katyusha rocket landed near an Iraqi military base hosting US forces in the northern city of Mosul on Tuesday. Xinhua described the target as the complex of the former presidential palace in the city.

And on Monday, three such rockets landed on a military base on Camp Taji, a military base some 20 kilometers north of the capital Baghdad, which likewise houses a base of US forces. The projectiles did not cause any casualties, and the resulting fires were extinguished immediately.

The Wednesday attack came as the company was returning those of its staff members, whom it took out of Iraq last month after the United States evacuated hundreds of diplomatic employees out of the Arab country.

Trying to justify the move, Washington alleged a likelihood that Iran could begin targeting the American interests there.

The Islamic Republic has roundly rejected any such intention, refuting Washington’s intelligence pointing to Iranian malevolence as “false.”