TEHRAN, Jun 20 -The third round of votes to choose the next leader of Britain’s ruling Conservative Party has ended with the elimination of the only candidate who believed the country should under no circumstances leave the European Union in a disorderly manner. 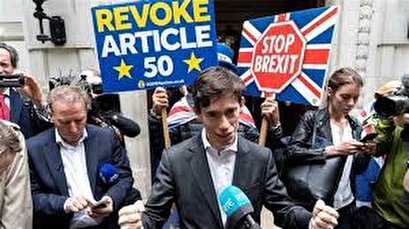 TEHRAN, Young Journalists Club (YJC) -Rory Stewart was knocked out of the Tory party leadership race on Tuesday after he secured only 27 votes from 313 lawmakers.

The clear favorite to win the race is Boris Johnson, who won 143 votes. He was followed by foreign minister Jeremy Hunt with 54, environment minister Michael Gove with 51 and interior minister Sajid Javid with 38.

Stewart, who is currently serving as international development secretary, was the only candidate in the race who opposed the view that Brexit should happen on its deadline of October 31 with or without a deal to smooth the withdrawal from the EU.

Stewart came fourth in the second round on Tuesday with 37 votes. However, his relatively poor performance in a debate on the BBC last night seems to have affected his rating among Tory lawmakers.

The four remaining candidates will face other rounds of elimination in the coming days until two reach a final ballot of the Conservative Party where some 160,000 members will decide who will replace outgoing Prime Minister Theresa May in late July.

The race was triggered after May resigned following her failure on three separate occasions to win the support of the parliament for a Brexit deal she had signed with the EU in November.

Johnson, a former foreign minister under May, has vowed he will take Britain out of the EU at the end of October whatever the political situation will be.