TEHRAN, Jun 20 - A Turkish court has sentenced 128 people accused of being among the ringleaders of the failed military coup in 2016, to life terms in prison, according to Turkish media. 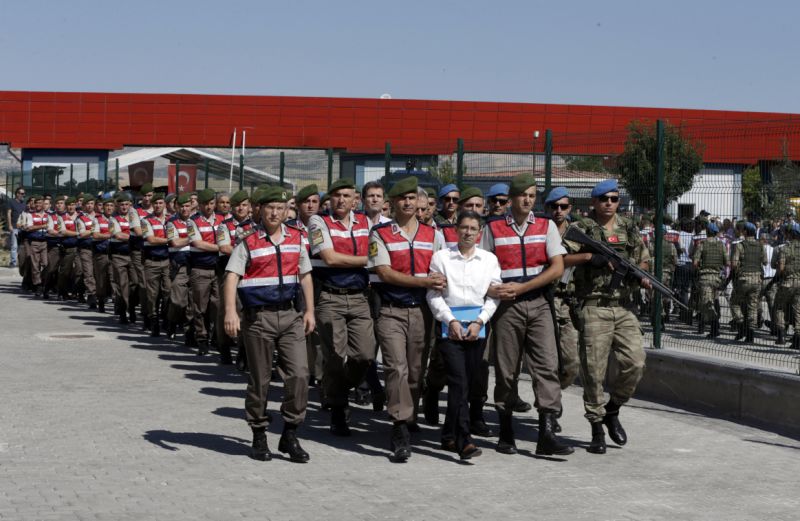 TEHRAN, Young Journalists Club (YJC) - In total, Haberturk television said 128 people, most of them former military officers, were given life terms for their roles in the July 15, 2016 coup attempt, which resulted in the deaths of some 250 people and which according to Turkey was carried out by followers of U.S.-based cleric Fethullah Gulen. Some 30 coup-plotters were also killed. The cleric denies involvement.

Most interest centered on former air force commander Akin Ozturk and Ali Yazici, who was President Recep Tayyip Erdogan's military aide. They were among those sentenced in what is considered to be the most important trial among hundreds of trials against suspected coup-plotters.

A total of 33 other defendants were acquitted, according to Haberturk. The case against 13 people, who are on the run and were being tried in absentia, would be considered at a later time. They include Gulen himself, who is considered the No. 1 defendant in the trial.

Most of the defendants, including Ozturk, were accused of being part of the "Peace At Home Council" — the name the main plotters of the coup allegedly gave themselves.

Turkey launched a massive crackdown following the coup attempt. More than 130,000 civil servants were fired through emergency decrees and 77,000 people were arrested for alleged links to Gulen and other outlawed groups.