TEHRAN, Jun 21 - Republican lawmakers in the US senate have joined the chorus of Democrats urging the administration of President Donald Trump to hold back on war with Iran, reminding the American head of state that the US Constitution would not allow him to unilaterally declare war against the Islamic Republic. 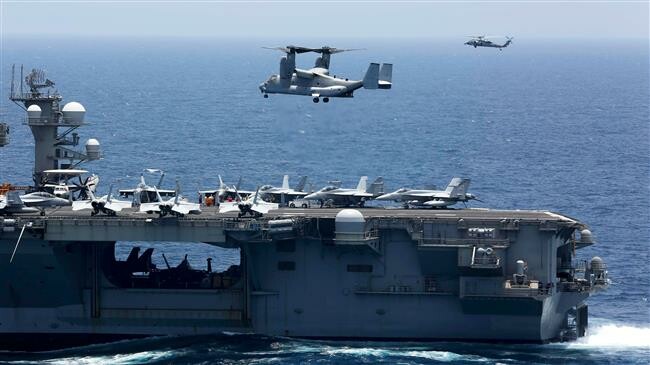 TEHRAN, Young Journalists Club (YJC) - “Politicians in Washington need the courage to actually vote on [military action overseas] and decide what’s worthy of spilling American blood and what isn’t,” Representative Matt Gaetz (R-Florida) told the Hill on Thursday, adding that “there are Republicans who are not neocons, who are not interventionists” who support reining in the Trump administration’s efforts to unilaterally plunge the country into another quagmire.

Gaetz said he has been working on a bipartisan resolution, with lawmakers like Rep. Ro Khanna (D-Calif.), to affirm that 2001’s Authorization for Use of Military Force does not cover Iran.

The resolution has been widely used to back up American military intervention since the post-9/11 invasion of Afghanistan.

“President Trump ran as a different kind of Republican - one that wanted to end wars, not start them,” Gaetz said. “These circumstances that we see erupting around the world don’t always get better when we go and put US troops on the ground.”

Democrats in the US House of Representatives have also expressed concern that Trump might eventually start a new war in the region, asserting that Washington needs to get congressional authorization before taking military action against Tehran.

“I told the president that these conflicts have a way of escalating. The president may not intend to go to war here, but we’re worried that — and the administration may bumble into a war,” Senate Minority Leader Chuck Schumer told reporters after meeting with top administration officials at the White House on Thursday.

“We told the room that the Democratic position is that congressional approval must be required before funding any conflict in Iran,” he continued. “One of the best ways to avoid bumbling into a war, a war that nobody wants, is to have a robust open debate and for Congress to have a real say. We learned that lesson in the run-up to Iraq.”

US House of Representatives speaker Nancy Pelosi said the United States has “no appetite” to go to war with Iran.

The House Democrats also plan to vote next week for an amendment that would clarify that the Trump administration lacks authority to conduct military action against Iran.

“It's unfair to our troops to put them in harm's way with Congress hiding under their desk not being willing to state yea or nay about whether we should be engaged in hostilities,” Kaine said.

Trump invited congressional leaders from both parties and chambers to the White House situation room on Thursday to discuss Iran after Tehran had shot down a US spy drone.

The Islamic Revolution Guards Corps said in a statement that it had shot down the US-made Global Hawk surveillance drone after the aircraft breached the country's airspace.

Trump initially issued a series of threats, insisting that the unmanned drone was flying over international waters when it was taken down by an Iranian missile. However, the GPS coordinates released by Iran put the drone eight miles off the country’s coast, inside the 12 nautical miles from the shore, which is Iran's territorial waters.

Later in the day, the New York Times reported that Trump had approved military strikes against Iran before dawn Friday but pulled back from launching them on Thursday night.

Citing military and diplomatic officials, the American paper said the US president had initially approved attacks on a handful of Iranian targets, like radar and missile batteries.

Tensions between Washington and Tehran have hit a new high since the Trump administration deployed additional troops, along with Patriot missiles and manned and unmanned spying aircraft, aircraft carriers, and  B-52 bombers to the Middle East over the past few weeks.

Iran, in response, has called on the US to stop instigating conflict in the region and pull its troops out of the Persian Gulf.

Share to
Related News
No 'hostilities' with Iran unless Congress approves: Pelosi
Iran blasts Hook for remarks over downing of intruding US drone
Iran releases first photos of downed US drone's wreckage
Iran downing of sophisticated drone to hurt US 'quite a lot'
Tags
senate ، us ، congress ، iran
Your Comment