TEHRAN, Jun 23 -The Association of Southeast Asian Nations (ASEAN) has failed to condemn member state Myanmar for its massive purge of Rohingya Muslims from the country despite calls from rights campaigners and other members that the massacres and atrocities against the minority group should not go unnoticed. 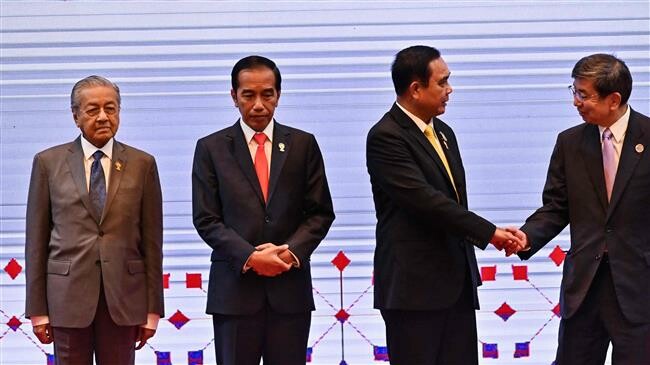 TEHRAN, Young Journalists Club (YJC) -An ASEAN’s chairman's statement released at the end of a summit of the group in Bangkok, Thailand, on Sunday called on a Myanmar government commission to investigate the Rohingya case and to seek accountability through “an independent and impartial investigation into alleged human rights violations and related issues”.

However, the statement fell short of condemning Myanmar for a large-scale crackdown that caused more than 700,000 Muslims to flee to neighboring Bangladesh in 2017.

The statement avoided to respond to a Saturday call by Malaysia's foreign minister Saifuddin Abdullah who had urged that perpetrators of massacres and atrocities against the Rohingyas should be brought to justice.

Abdullah had also called on the ASEAN to force Myanmar to “include the citizenship of the Rohingyas” in an ongoing repatriation process which many rights activists believe is not fair and is causing the Muslims to face discrimination and persecution once they return home.

Without calling the Rohingya by name, the ASEAN statement only supported Myanmar’s alleged commitment to repatriation process to “facilitate the voluntary return of displaced persons in a safe, secure and dignified manner.”

Marty Natalegawa, a former Indonesian foreign minister, said taking a stance on the situation of Rohingyas was a key issue for the ASEAN as it could show that the powerful regional organization can manage the domestic issues of a member state with wider regional implications.

“Developments in Myanmar ... (are) providing a litmus test for ASEAN’s capacity to manage developments in one of its member states that have wider ramifications for the region and, indeed, beyond,” said  Natalegawa.

For the past 50 years, the 10-member ASEAN has mostly sought to distance itself from internal issues of member states as it works only by consensus.

The 34th ASEAN summit wrapped up on Sunday in Bangkok, Thailand, as members were mainly concerned about growing trade tensions between China and the United States. A next summit of the organization will again be held in Thailand in November.