Nuclear official: US pressures on Iran doomed to fail

TEHRAN, Jun 24 - Spokesman for the Atomic Energy Organization of Iran (AEOI) highlighted the failure of the US policy of pressure and sanctions, saying Tehran will press on with its uranium enrichment activities as already announced by the authorities. 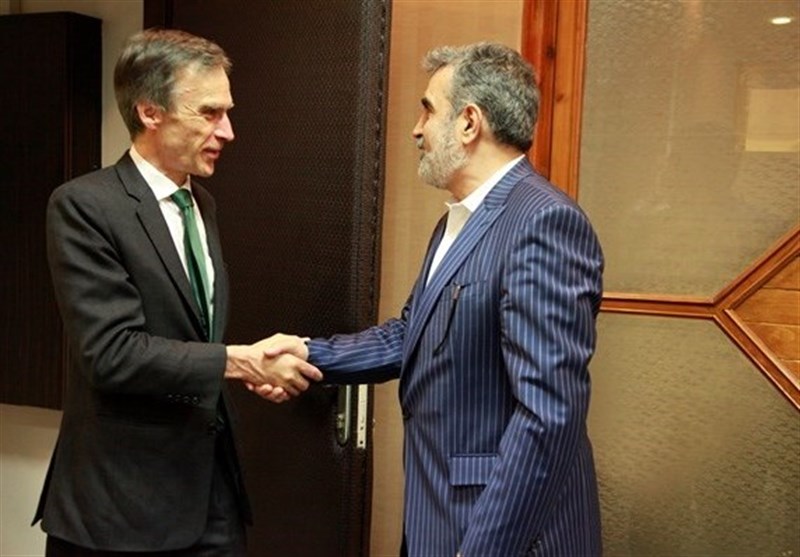 In the gathering, held at the request of the visiting British minister, the Iranian official called on the parties to the nuclear deal to honor their commitments.

Kamalvandi also highlighted Iran’s resolve to carry out a series of measures in accordance with the Articles 26 and 36 of the nuclear deal, known as the Joint Comprehensive Plan of Action (JCPOA), adding that the Islamic Republic will continue to enrich uranium according to what has been declared by the president and the Supreme National Security Council.

In response to Murrison who called on Iran to show self-restraint and save the nuclear deal and described the JCPOA violation as threatening, Kamalvandi said, “Such threats and maximum pressures imposed by the US are doomed to failure.”

“The era of gunboat diplomacy is over,” the Iranian official said, adding that the Americans should have learned from the recent weeks’ upheavals that their destructive policies not only have not led to the desirable results, but escalated the tensions.

Murrison has visited Tehran to discuss “urgent de-escalation” of regional tensions during “constructive” and “transparent” talks with top Iranian officials.

Earlier, the UK Foreign Office had announced the trip, saying that “the UK has an ongoing diplomatic dialogue with Iran.”

On May 8, 2018, US President Donald Trump pulled his country out of the nuclear accord.

However, the EU’s failure of ensure Iran’s economic interests forced Tehran to stop honoring certain commitments under JCPOA in May 2019.

Iran has also set a 60-day deadline for the remaining JCPOA parties to fulfill their undertakings.