Tehran, YJC. Hejazi says that Iran has made great progress making S300 missiles which Russia once denied the country. 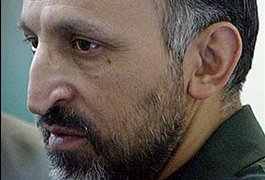 Deputy Commander of the Armed Forces Material Management and Logistics of Iran stated that the country has made great improvement on the precision of its ballistic system.

"There was this system we intended to buy from Russia, but they did not sell it for whatever reason. The master [ayatollah Khamenei ] said ‘Go and make them yourselves.’ In the beginning everyone would say such a thing was not possible. Thank God there has been great progress which will be disclosed at its right time,” Mohammad Hejazi added.

Stating that Iran has made great progress for reasons, he said "I believe that the country’s scientific development is indebted to the flag flown above it by the Supreme Leader.”

The high-ranking military official further said "For example, as for the missiles’ precision the master said go after improving the precision. Some of our enemies used to say that precision was not achievable. In cruise missiles and ballistic ones in particular precision can be pursued. But in a few years we made great progress in missile precision and made achievements which are to take pride in, so much so that these very people would not believe them. Only for the Supreme Leader’s guidance did we make it.”