Americans’ smiles do not mean they are friends: Qalibaf 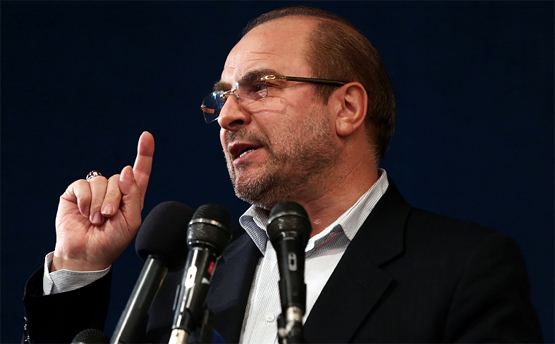 Mayor of Tehran Mohammad Baqer Qalibaf addressing a congregation of clerics under the title of "Pioneers of Jihad and Martyrdom: Militant Clergy of the Great Tehran” on Wednesday addressed issues that mainly related to the 11th administration’s foreign policy.

"If Americans smile and joke it does not mean they are friends with us,” asserted Qalibaf, adding "We must eliminate the belief that the key to solving the country’s problems is in foreign policy. That is a wrong policy defined for us by the enemy.”

Qalibaf warned "Our relation to the US is one of a sheep to the wolf;” further stating "The enemy’s scheme is still to disintegrate our state.”

He stated "Our behavior on decisive issues must avoid running the Islamic society into bipolarity.”