A US congressional panel passed a bill Friday that would impose sanctions on those responsible for human rights abuses against anti-government protesters in Venezuela. 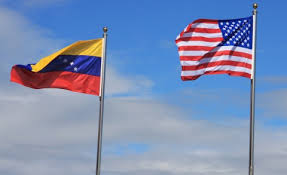 The House Foreign Affairs Committee's vote was met with applause from dozens of people who traveled to Washington from several US cities to pressure lawmakers, the White House, and the Organization of American States to take action against the crackdown.

At least 42 people have died and hundreds of others have been injured since students and other opponents of President Nicolas Maduro's socialist government took to the streets in February to protest rampant crime, runaway inflation and shortages of basic goods.

Maduro dismissed the sanctions, saying US lawmakers were "fools" for passing the measure.

Committee Chairman Ed Royce, a Republican, was optimistic about the bill's prospects of passage by the full House.

Bill sponsor Ileana Ros-Lehtinen, also a Republican, said the measure "sends a strong message to Maduro that the United States Congress is well aware of the ongoing abuses perpetrated by his regime, and that they will not go unpunished."

The US government "wants to sanction us with some stupid measure," Maduro retorted.

"What fools they are! Idiots! Take out your sanctions. The people of (19th century revolutionary leader) Simon Bolivar are not stopped by the sanctions of any empire."

The bill is aimed at those responsible for politically motivated arrests and human rights abuses against activists, as well as for efforts to censor information about the at times violent demonstrations.

Those targeted would be subject to the freezing of American accounts and properties, become ineligible for US visas or have their current visas revoked.

President Barack Obama's administration argues that, for the moment, sanctions are not an appropriate response in light of talks aimed at ending the unrest.

The opposition-government talks have suffered stops and starts since they began, with some sessions postponed at the last minute.

On Thursday, Assistant Secretary of State Roberta Jacobson told the Senate Foreign Relations Committee -- which is considering a similar measure -- that imposing sanctions would be counterproductive at this point.

However, she left open the possibility of sanctions should the dialogue falter.