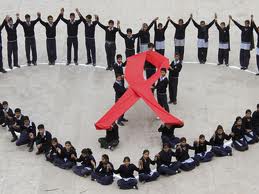 The book, The Bravest Boy I Know, is about two friends, Kendi and Kayla. Kendi is living with HIV. The story is set in Africa and beautifully illustrated by celebrated artist Sujean Rim. It is a heart-warming tale of how the two friends deal with HIV in a positive way. The book conveys the important message that by taking medicine children living with HIV can live active and healthy lives while also explaining that the medicines can make children feel unwell and tired.
The Bravest Boy I Know was officially launched in Rome by the United Nations Secretary-General Ban Ki-moon, Ambassador Dho Young-shim, Chairperson of the UNWTO ST-EP Foundation, Michel Sidibé, Executive Director of UNAIDS and Taleb D. Rifai, Secretary-General of UNWTO on 8 May 2014. It is dedicated to Mr Ban for his work in prioritizing education through the Global Education First Initiative which aims to; put every child in school; improve the quality of learning; and foster global citizenship.
"Stigma and discrimination around HIV very often prevent children and families from accessing essential HIV prevention, testing, treatment and care services,” said Mr Ban. "These books, which will be delivered to schools across Africa through ST-EP’s Small Libraries project, will help everyone understand that young people can live normal and fulfilling lives with HIV."
Since November 2011, the ST-EP Foundation and UNAIDS have partnered to equip all UN MDGs Thank You Small Libraries with a UNAIDS corner so that all children can learn about HIV.
"As the UN MDGs Advocate for Education, I firmly believe in the power of education to accelerate the achievement of all UN MDGs by 2015, and particularly Goal 6—aimed at HIV,” said Ambassador Dho. "This meaningful collaboration with UNAIDS is creating synergies that will have a powerful impact on the education and the health of children.”
In 2012, some 3.3 million children under 15 years old were living with HIV and 650 000 were accessing antiretroviral treatment. Increasing access to simple and effective treatment for children is one of the major challenges in the AIDS response. In 2012, just 34% of children in need had access to the lifesaving treatment.
"As a father and a grandfather I know that reading to children can be the best way to help them understand complex issues,” said Mr Sidibé, Executive Director, UNAIDS. "We hope
that this book will encourage acceptance and openness as well as spark action to address the specific needs of children living with HIV.”
The book is available in English and French with a Portuguese version to follow. It is being released together with a factsheet on children and HIV, a discussion guide for teachers and carers as well as a narrated video of the book.
Share to
Tags
HIV ، UNWTO ، Children ، UNAIDS
Your Comment