TEHRAN, Jul 1 -Members of the Organization of the Petroleum Exporting Countries (OPEC) have agreed to extend cuts to their supply of oil to the international markets for another nine months as they seek more stable prices amid an increase in oil production in the United States and tensions created in the market as result of Washington’s political and economic tensions with other countries. 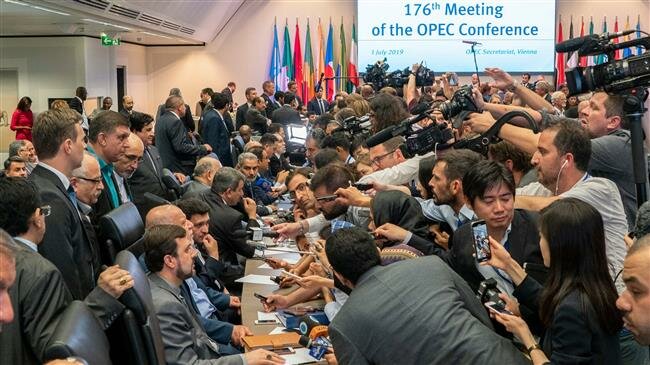 TEHRAN, Young Journalists Club (YJC) - Three sources within the OPEC said on Monday that the 14-member organization had agreed to extend the supply cuts of 1.2 million barrels per day (bpd) until March 2020.

The decision came in a meeting of OPEC ministers in Vienna, Austria. The cuts should be finalized in discussions with non-PEC oil producer Russia on Tuesday.

The cuts come as OPEC members and Russia have become wary of the growth of shale oil production in the US as the country has overtaken Russia and Saudi Arabia as the world’s top producer, an issue which continue to negatively impact demands in the international markets.

Saudi Arabia and Russia believe the output cuts, more than one percent of the global demand, could enable them to achieve oil prices at $70 per barrel.

The decision comes despite attempts by US President Donald Trump to persuade Saudi Arabia to supply more oil and help reduce prices if the country wants to continue to benefit from Washington’s special military support.

The news of the extended supply cuts affected the markets on Monday as Brent was traded at $67 per barrel, an increase of $2 compared to the previous day.

The cuts also come amid some worrying signs in the global economy. A trade dispute between the US and China and Washington’s tingeing of sanctions on Iran and Venezuela, two major oil producers, continue to affect the global demand for oil while creating growing uncertainty in the markets.