TEHRAN, Jul 7 -Iran’s 60-day deadline for the European signatories to a 2015 nuclear deal to meet their end of the bargain will expire on Sunday, when Tehran will begin to enrich uranium beyond limits set by the nuclear accord, officially known as the Joint Comprehensive Plan of Action (JCPOA). 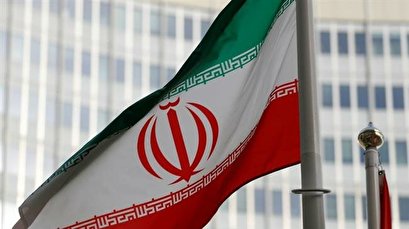 TEHRAN, Young Journalists Club (YJC)-In the second phase of scaling down its JCPOA commitments, Iran plans to increase the purity of its enriched uranium on Sunday, no longer sticking to the 3.67% limit it had agreed to in the deal.

Back in May, Iran notified the remaining partners in the nuclear deal that it would suspend the implementation of some of its commitments in reaction to the US’ unilateral withdrawal and Europe’s failure to live up to its commitments.

Here is a timeline for major events regarding the nuclear deal:

July 5, 2019: The International Atomic Energy Agency (IAEA) said it will hold an emergency meeting on Iran next week, a few days after a planned increase in the level of Iran's uranium enrichment.

July 3, 2019: President Hassan Rouhani said Iran’s Arak heavy water nuclear reactor will resume its previous activities after July 7 if the other signatories to the deal fail to uphold their end of the bargain.

June 17, 2019: The spokesman for the Atomic Energy Organization of Iran said the country will surpass the uranium stockpile limit set under the nuclear deal from June 27.

May 8, 2019: On the first anniversary of Washington’s unilateral withdrawal the JCPOA, Iran notified the five remaining signatories -- France, Britain, China and Russia plus Germany -- of its decision to suspend some of its commitments for 60 days.

May 3, 2019: The administration of US President Donald Trump imposed sanctions on Iran's export of enriched uranium.

January 31, 2019: The European signatories to the JCPOA formally announced the launch of a long-awaited direct payment mechanism, known as INSTEX, meant to safeguard their trade ties with Tehran in the face of the "toughest ever" American sanctions.

December 10, 2018: European Union foreign policy chief Federica Mogherini said the EU will establish ISTEX to facilitate non-dollar transactions with Iran in the near future in an attempt to circumvent the US sanctions against Tehran.

August 6, 2018: Trump ordered all nuclear-related sanctions that were removed under the deal to be reinstated immediately.

May 8, 2018: The US president announced his decision to withdraw the US from the nuclear deal.

October 13, 2017: Trump announced he will not recertify the Iran nuclear deal.