Official: Iran may opt for 20% enrichment in next step

TEHRAN, Jul 9 - Iran has a range of options for taking as the third step in a phased reduction of commitments to the 2015 nuclear deal, the spokesman for the Atomic Energy Organization of Iran (AEOI) said, adding that they include enrichment of uranium to a 20 percent purity level. 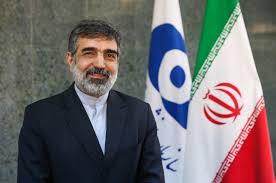 TEHRAN, Young Journalists Club (YJC) - Behrouz Kamalvandi said on Monday that increasing the level of uranium enrichment to 20 percent purity would be a viable option for Iran in the third step in halting certain commitments under the Joint Comprehensive Plan of Action (JCPOA).

The current level of uranium enrichment is fulfilling Iran’s demands for fuel necessary for running the reactors of nuclear power plants, Kamalvandi noted, adding that Tehran could easily produce 20-percent enriched fuel whenever it wants to.

As regards other plans that Iran could carry out in the third step to scale down its JCPOA undertakings, Kamalvandi pointed to the possible employment of IR-2 and IR-2M centrifuge machines or a rise in the number of active centrifuges.

“There are a lot of options for the next step in reducing the JCPOA commitments, but their implementation should be economically and technically feasible,” the spokesman added.

Kamalvandi also made it clear that the level of uranium enrichment in Iran has surpassed the 3.67 percent limit.

Iran on Sunday declared the second step in reduction of its commitments by ramping up the level of uranium enrichment to over 3.67 percent.

President Hassan Rouhani had warned on Wednesday that the second step of reduction in Iran’s commitments would take place on Sunday, saying, “On July 7, the level of (uranium) enrichment in Iran will not be 3.67 percent anymore, as we will abandon such a commitment and increase it (enrichment) to any amount that we need.”

On May 8, 2018, US President Donald Trump pulled his country out of the nuclear accord.

Following the US withdrawal, Iran and the remaining parties launched talks to save the deal.

However, the EU’s failure of ensure Iran’s economic interests forced Tehran to stop honoring certain commitments, including an unlimited rise in the stockpile of enriched uranium.