TEHRAN, Jul 10 - This year alone the British media has run countless stories about the "deteriorating" conditions inside the country's jails. And now it is official. 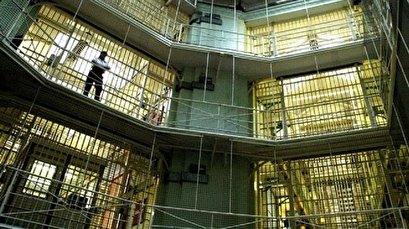 TEHRAN, Young Journalists Club (YJC) -In a hard-hitting report, the chief inspector of prisons, Peter Clarke, has set out five major concerns which he argues poses a “high risk of harm” to the public.

As part of his findings Clarke reports that 20 out of the 28 jails he visited were “unsafe”. Levels of “self-harm” across the prison network are “disturbingly high”. Most importantly, prison suicides have increased by nearly a fifth in a year.

Clark also reports that the prison network is “plagued” by drugs, violence and “appalling” living conditions. In that context, violence has increased in more than half the prisons he inspected.

Clarke’s latest findings fit into a pattern of widespread abuses over a sustained period across Britain’s Victorian-era prison estate.

As British probation and social care specialists have often pointed out, the prison system is simply not fit for purpose and is endangering both the public and the prisoners themselves.

Britain’s rising crime rate, as demonstrated by a knife crime epidemic, points to the prison system’s inability to contain and reform criminals.

Experts on the British prison system have long argued that the jail network constitutes a “university of crime” where inmates get the opportunity to indulge in and share their criminal talent.

By the same token, the British prison system has been described as having a “radicalising” effect on prisoners, with some of them turning to terrorism on their release.

Experts also argue that the British prisons’ scandal is a major blemish on the UK’s human rights record and undermines London’s moral authority to lecture other countries about human rights issues.