TEHRAN, Jul 11 -Without a 300-million-year-old platypus-like species and its novel platelets, humans wouldn't be able to give birth. That's according to a new opinion piece published Wednesday in the journal Biology Letters. 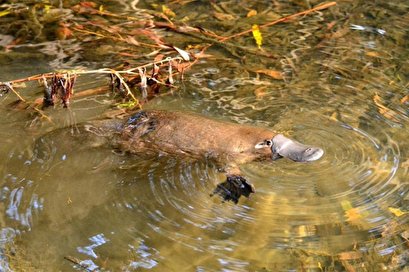 TEHRAN, Young Journalists Club (YJC) -Authors of the research-backed editorial claim platelet cells, which prevent mammals from non-stop bleeding, were a prerequisite for the evolution of placental development in mammals.

While many animals have evolved the development of a placenta, only eutherian mammals, including humans, are characterized by haemochorial placentation, a deep, invasive placenta that provides a fetus with direct access to a mother's blood.

According to researchers at the University College London and Yale University, moms would hemorrhage during birth without platelet cells.

Scientists determined these vital cells were first evolved by an egg-laying, duck-billed-platypus-like animal living some 300 million years ago. The trait was passed on when the first groups of mammals -- including monotremes, the first mammal group, as well as marsupials and eutherian mammals -- diverged from the proto-platypus lineage.

"We have shown with convincing evidence that platelets occurred 300 million years ago even before monotremes arose," John Martin, a professor of cardiovascular medicine at UCL, said in a news release. "This unique feature subsequently allowed the placenta to develop, which led to the eutherian mammals and therefore human beings."

"During birth, safe disconnection of the placenta from the uterus is essential for the survival of the mother and child, so without platelets, neither would have survived and the evolutionary step to eutherian mammals, including human beings, would never have happened," Martin said.