TEHRAN, Jul 11 - Iran’s Islamic Revolution Guards Corps (IRGC) Navy dismissed as baseless claims that its forces have attempted to capture a British oil tanker in the strategic Strait of Hormuz. 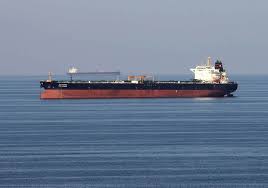 TEHRAN, Young Journalists Club (YJC) - “The IRGC Navy’s patrols in the Persian Gulf are being carried out according to routine methods and ordered missions with smartness, precision, and power,” the public relations department of the IRGC Navy’s fifth naval zone said in a statement on Thursday.

“Over the last 24 hours there have been no encounters with foreign vessels, including British vessels,” the statement added.

“In the event that a command is received for the seizure of foreign vessels, the IRGC Navy’s fifth naval zone, in its geographical area of mission, is able to do so immediately, firmly, and promptly,” it went on to say.

It came after London said three Iranian boats “attempted to impede” a British oil tanker in the Strait of Hormuz, in a move that followed threats from Tehran that London would face consequences for the seizure of an Iranian supertanker near Gibraltar last week.

“Contrary to international law, three Iranian vessels attempted to impede the passage of a commercial vessel, British Heritage, through the Strait of Hormuz,” claimed a government statement released on Thursday.

Earlier, US media reports claimed that five armed Iranian boats attempted to seize a British tanker in the strategic strait but were driven off by a Royal Navy vessel.

CNN, citing two US officials, reported late on Wednesday that the Iranians ordered the British Heritage oil tanker crossing the strait to change course and stop in Iranian territorial waters nearby.

But the incident ended when the British warship, HMS Montrose, which was acting as an escort for the tanker, pointed its guns at the Iranian boats as a warning, forcing them to back off, CNN said.