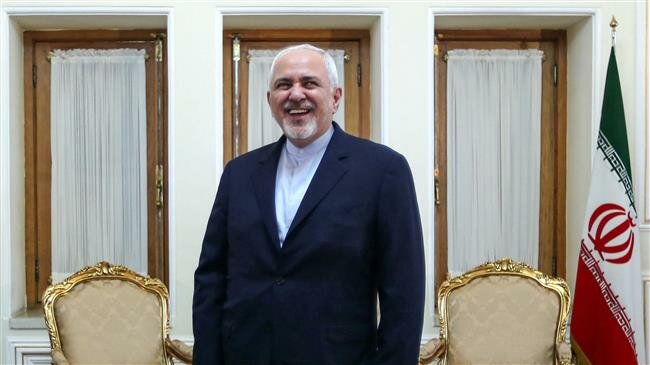 Zarif is seen as the architect of a 2015 multilateral nuclear deal, which the Trump administration abruptly abandoned last year. The US reinstated its unilateral sanctions against the Islamic Republic following its exit from the landmark deal.

Two sources familiar with the matter told Reuters on Thursday that the US has reversed that decision but did not give specific reasons for it.

"Cooler heads prevailed. We ... saw it as not necessarily helpful," said one source familiar with the matter who spoke on condition of anonymity, adding that Secretary of State Mike Pompeo had opposed designating Zarif "for the time being."

The State Department's spokeswoman Morgan Ortagus said on Thursday Washington wants a diplomatic resolution of the nuclear issue and stated that President Trump is willing to meet Iranian leaders "without preconditions."

"We seek a diplomatic solution," she told reporters. "We have asked our allies to ask Iran to deescalate the situation, not to harass American allies or interests, not to terrorize the region."

Tensions between Washington and Tehran escalated after Trump pulled his country out of the Iran nuclear deal in May 2018 and re-imposed harsh sanctions against the Islamic Republic in defiance of global criticisms.

The tensions saw a sharp rise on the first anniversary of Washington's exit from the deal as the US moved to ratchet up pressure on Iran by tightening its oil sanctions and sending military reinforcements, including an aircraft carrier strike group, a squadron of B-52 bombers, and a battery of patriot missiles, to the Persian Gulf region.

The IRGC Aerospace Forces downed a US Navy RQ-4 Global Hawk over the territorial waters off the coastal province of Hormozgan.

The unmanned US aircraft was shot down by Iran’s indigenous Khordad 3 air defense system after it breached the country’s airspace on a spying mission despite the IRGC’s numerous warnings.

Following the incident, Trump reportedly approved a military strike against Iran, but cancelled it 10 minutes before the attack was going to be launched.

Tehran wrote to the United Nations in condemnation of the drone intrusion, calling on the world body to confront Washington’s destabilizing actions.

The Islamic Republic has repeatedly announced that Iran's military activities are solely for defensive purposes and posed no threat to other countries.

A former top NATO commander has warned that tensions between the United States and Iran have reached the highest level in the past three decades, warning that a military conflict is still possible unless the two sides sit down for talks. James Stavridis, a retired American admiral and former NATO supreme commander, made the comment in a recent interview with US media in New York.