Tehran, YJC. Keyhan editor in chief is happy about what he calls a nuclear “failure”. 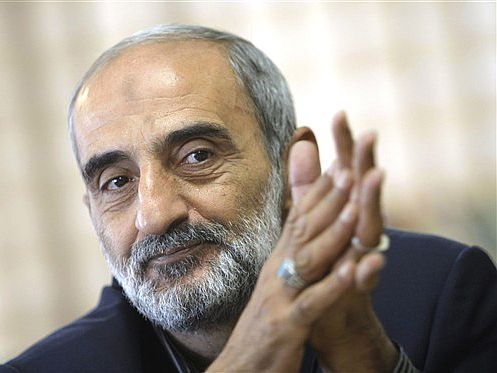 Keyhan editor in chief Hossein Shariatmadari wrote in his editorial on Saturday "Following the imposed Geneva agreement and the revelation of its destructive aspects, the Islamic Republic of Iran’s nuclear negotiation team headed for Vienna yesterday with a copy in which the country’s red, immalleable lines were depicted.”

He added "With the current trend of negotiations, not only talks on the nuclear case could not yield anything, but the red lines which Iran had depicted on its defense and missile programs would also have been obliterated.”

"Following the imposed Geneva agreement and the revelation of its destructive aspects which were designed not only against our nuclear program but against the foundations of the Islamic system, the Islamic Republic of Iran’s negotiation team headed to Vienna with a paper in which the system’s red, immalleable lines were clearly depicted,” Shariatmadari stated.

He adds "According to these red lines, R&D were not subject to negotiations, the revocation of all sanctions at one time rather than gradually was stressed, as for the enrichment level our country’s need, not the rival’s desire, was recognized as the criteria, preserving the identity of the Arak heavy water was stressed, and the rival’s introduction into Iran’s defense and military affairs were prohibited.”

The editorial further goes "The above mentioned draft made the enemy, who had expected it no way, first astounded and then outraged, so much so that upon occasions things worsened into loud arguments. In the beginning the rival expected what the Iranian delegation had laid on the table to serve only negotiation, but as they faced the Iranian team’s strict insistence on the red lines, they saw the dreams they had enjoyed previously on their way from New York to Vienna as gone with the wind. So it was that the Vienna 4 talks which could be highly destructive met failure; and the rival’s effort during the past few months fortunately miscarried.”

Shariatmadari ends his editorial as "It is surely the case that the country’s respectable negotiation team, like all the people of this land, should be happy about the insight mentioned, for it has left the rival dejected.”