TEHRAN, Jul 14 - Iranian Ambassador to London Hamid Baeidinejad warned that if the British government refuses to free the Iranian oil tanker captured in international waters off the coast of Gibraltar, the seizure will not go unanswered. 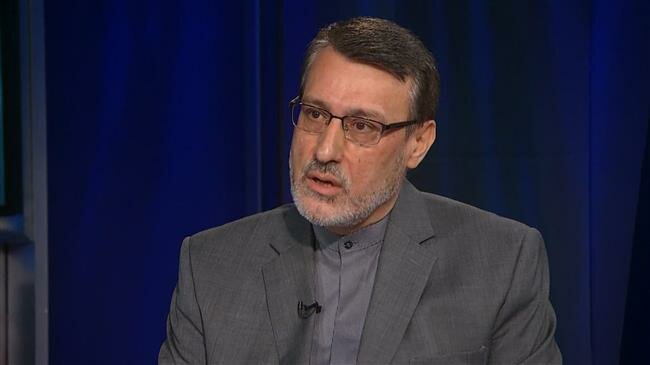 TEHRAN, Young Journalists Club (YJC) - “Having miscalculated in its unlawful seizure of tanker, UK should not repeat its miscalculation,” Baeidinejad said in a post on his Twitter account on Saturday.

“Ship did NOT violate any law or norm - but UK, through its illegal piracy, most certainly has,” he said, adding, “Failure to release the tanker and its cargo will NOT be left unanswered.”

Last week, the British Royal Marines seized the Iranian oil tanker off the coast of Gibraltar for trying to take oil to Syria allegedly in violation of EU sanctions.

Chief of Staff of the Iranian Armed Forces Major General Mohammad Hossein Baqeri has warned that the UK hostile measure will not go unanswered, saying, “If necessary, the response to such a shameful move will be put on the agenda, at an appropriate time and place.”

In a statement on Friday, Gibraltar police said all four crew members of the Iranian Grace 1 tanker have been released on bail without charge.

It did not elaborate, but said the investigation was ongoing and that the Grace 1 continues to be captured.