TEHRAN, Jul 15 - Pakistan’s ambassador to Tehran said an Iranian delegation is slated to visit her country to address problems that have prevented the two neighboring nations from signing a free trade agreement (FTA). 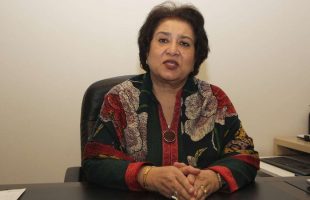 TEHRAN, Young Journalists Club (YJC) - Speaking to Tasnim, Riffat Masood pointed to a recent visit to Tehran by Pakistani Prime Minister Imran Khan and said since the visit, she has been seeking to provide grounds for the implementation of agreements reached between the two countries.

The Pakistani envoy further said the signing of a free trade agreement between the two countries is on the agenda.

She added that in the near future, a delegation from Iran will travel to Pakistan to examine the existing technical problems facing the free trade agreement between the two countries.

Masood went on to say that Iran and Pakistan will sign the FTA after the elimination of those problems.

In his first official visit to Iran after taking office in August 2018, Imran Khan arrived in Iran on April 21 for talks on a host of issues, including ways to enhance cooperation in political, economic, security, and cultural fields.

Speaking at a joint press conference with Imran Khan in Tehran on April 22, Iranian President Hassan Rouhani said the two neighbors have agreed on plans to enhance security cooperation.

The border guard police forces and the intelligence agencies of Iran and Pakistan are going to form a joint rapid reaction force at the common border for the war on terrorism, he added.

Highlighting the results of his meeting with the Pakistani premier, Rouhani said the two countries are resolved to expand relations, stressing that no third party could ever disrupt the brotherly and friendly ties between the two nations.

As regards the plans for growing economic relations, the president said Iran is prepared to fulfill Pakistan’s demands for oil and gas. He also voiced Iran’s readiness for a 10-fold increase in the export of electricity to Pakistan.