TEHRAN, Jul 16 -Most Asian stock markets rose on Tuesday, but gains were limited as investors awaited U.S. retail sales data and corporate earnings to gauge the health of the world’s biggest economy ahead of a likely U.S. rate cut later this month. 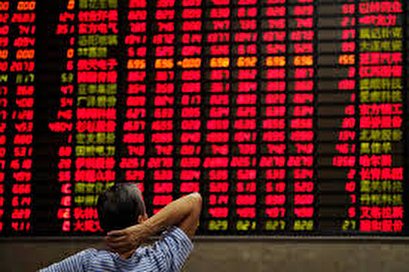 MSCI’s broadest index of Asia-Pacific shares outside Japan was last up 0.3%, with losses in Chinese shares capping gains elsewhere in the region.

China’s blue-chip CSI300 index fell 0.3% as investors fretted over slower growth in the world’s second-largest economy and the impact of the Sino-U.S. trade war, even as new data highlighted Beijing’s efforts to boost spending.[.SS]

The Australian market shed 0.1%, unmoved by the release of dovish minutes from the Reserve Bank of Australia’s July meeting.

Encouraging Chinese June data on Monday had provided some relief to investors worried about the economic outlook, but pressure on global business and investment from the trade war and slowing world growth are reinforcing expectations of policy easing by major central banks.

“A U.S. rate cut should make it easier for central banks in Asia to ease their policies, boosting domestic demand in the region,” said Yukino Yamada, senior strategist at Daiwa Securities.

“We still don’t know what to expect from the U.S.-China trade war ... But there are vague expectations that Trump will be quiet during summer and the issue will be put on the back burner until near China’s National Day (in early October),” she said.

Overnight, U.S. President Donald Trump showed no signs of softening his stance on China, warning that Washington could pile on more pressure as trade talks sputtered along.