TEHRAN, Jul 17 -A top leader of the Palestinian Hamas resistance movement has condemned the Lebanese government's recent crackdown on businesses hiring foreign workers without permits, calling for the revocation of the measures in the Arab country. 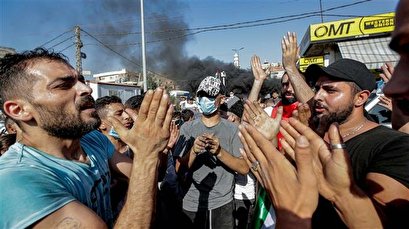 Haniyeh expressed hope that Lebanese officials would rescind the legal and financial measures taken against Palestinian expatriates living in the country.

“We, in Hamas, see such measures as inconsistent with Lebanon’s official, historic and principled position in support of the Palestinian people’s rights,”  he said.

He stressed that such measures would not serve the fraternal relations between the Lebanese and Palestinian nations, and would only further complicate the lives of Palestinian refugees.

Haniyeh finally described Palestinian refugees in Lebanon as “guests adherent to their identity and the right to return,” hoping for quick actions aimed at cessation of restrictive measures against the Palestinians and enabling them to live with dignity.

Last month, the Lebanese Labor Ministry announced a one-month deadline for companies to acquire work permits for their foreign workers. The ministry began to close businesses that did not comply after the deadline expired last week.

Over the past few days, hundreds of Palestinian refugees in Lebanon have staged protests in the capital Beirut and around their refugee camps.

Palestinian refugees expressed their anger on Tuesday at the decision, carrying out a general strike and protests across 12 camps.

The protests, under the slogan “Day of Anger,” paralyzed movement in the camps.

Protesters closed the entrances with burning tires. All Palestinian political forces and popular committees took part in the protests.

Palestinian refugees are not entitled to work in 72 professions in Lebanon, and are not permitted access to social security. One of the contradictions of the law is that Palestinians have the right to purchase a taxi, but are forbidden to work in it.

The Palestinian labor force is present in fragile sectors such as construction and small crafts.

Problems arise among Palestinians, who graduate from Lebanese universities and cannot work in their specialties because of trade union limitations.