Supreme Leader of the Islamic Revolution Ayatollah Seyed Ali Khamenei in a proclamation sent to the heads of Iran’s three branches of power outlined general policies aimed at encouraging population growth to compensate for the declining birth rate over the past years. 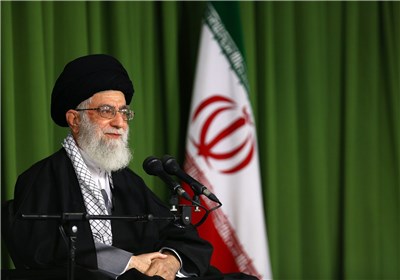 The declaration was issued following consultations with the country’s Expediency Council and was prepared on the basis of the Clause 1 of Article 110 of the Iranian Constitution.
In the preamble to the proclamation, the Supreme Leader referred to the country’s young generation as an "opportunity and privilege”, stressing that the general policies aim to make up for a reduction in the population growth and fertility rate the country has seen in the past years.
Imam Khamenei also highlighted the necessity of "comprehensive planning for the economic, social and cultural growth” proportional to the population policies.
To that end, the proclamation calls for measures to rejuvenate the population by increasing the fertility rate.
It also highlights the significance of initiatives for removing the obstacles in the way of marriage, facilitating family formation and reproduction, encouraging the people to marry at a younger age, and financially supporting the newly-wed couples to meet costs of living and bring up ‘righteous’ children.
The grand plan also necessitates promotion of an "Islamic-Iranian lifestyle” in a bid to avert the undesirable outcomes of the Western lifestyle.
Ayatollah Khamenei has on various occasions cautioned against the dire consequences of declining birth rate in Iran, and renewed call for special efforts to encourage population growth in order to prevent public aging.
Tasnim
Share to
Tags
Iran ، Leader ، Population Growth
Your Comment