House votes to block sale of weapons to Saudi Arabia

TEHRAN, Jul 18 - The U.S. Congress is heading for a showdown with President Donald Trump after the House voted to block his administration from selling billions of dollars in weapons and maintenance support to Saudi Arabia. 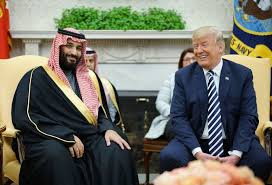 TEHRAN, Young Journalists Club (YJC) - Trump, who has sought to forge closer ties with Riyadh, has pledged to veto the resolutions of disapproval that passed the Democratic-led House largely along party lines on Wednesday. Two of the resolutions passed with 238 votes, while a third was approved with 237. Each of the measures garnered just four Republican backers.

The Senate cleared the resolutions last month, but like the House, fell well short of a veto-proof majority. Overturning a president's veto requires a two-thirds majority in both the House and Senate.

Rep. Eliot Engel, D-N.Y., chairman of the House Foreign Affairs Committee, accused the Trump administration of circumventing Congress and the law to move ahead with the arms sale. He called the resolutions "extraordinary but necessary" to stop "a phony emergency to override the authority of Congress."

Opposition among members of Congress to the Trump administration's alliance with the Saudis has been building, fueled by the high civilian casualties in the Saudi-led war in Yemen — a military campaign the U.S. is assisting — and the killing of U.S.-based columnist Jamal Khashoggi by Saudi agents., AP reported.

The arms package, worth an estimated $8 billion, includes thousands of precision guided munitions, other bombs and ammunition, and aircraft maintenance support for Saudi Arabia and the United Arab Emirates.