TEHRAN, Jul 21 -Twitter has confirmed that it has suspended the Persian-language accounts of three Iranian news agencies. 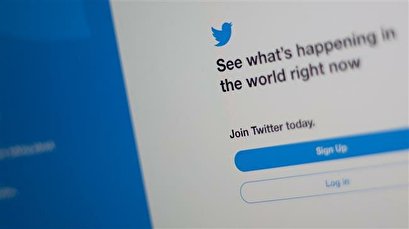 On Saturday, and in what appeared to be exclusive reportage, AFP said that Twitter had confirmed the suspension.

The affected media outlets had speculated that the suspensions were related to their coverage of the seizure by Iran of a UK-flagged tanker on Friday.

Mehr said that in addition to its Persian-language account, its Diplomacy page, which publishes analysis and interviews on foreign policy, had also gone offline.

The news agency said on its English website that it did not know the reason for the “illegal” move.

The YJC denounced the suspension, saying the targeted agencies “had no other purpose than the publication of news and information.”

It said the accounts of “some other Iranian users” had also been suspended.

But AFP said that Twitter had cited “the coordinated and targeted harassment of people linked to” the Baha’i cult as the reason for the move, without offering any evidence.

Iranian forces impounded British-flagged tanker Stena Impero when it was passing through the Strait of Hormuz en route to Saudi Arabia “for failing to respect international maritime rules.”

It came 15 days after British naval forces unlawfully seized Iranian-owned supertanker Grace 1 and its cargo of 2.1 million barrels of oil in the Strait of Gibraltar.