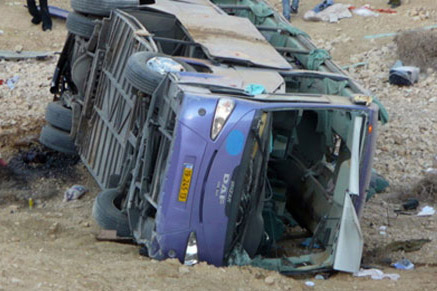 TEHRAN, Young Journalists Club (YJC) - Head of the Red Crescent Society of Lorestan told Tasnim that 39 Iraqi pilgrims were injured in the accident.

Sarem Rezaei said the bus was carrying 45 passengers when it rolled over in a road between the provincial capital, Khorramabad, and the city of Koohdasht.

He said eight of the injured received treatment as outpatients, three have been taken to a hospital in Khorramabad by the Red Crescent Society, and the others have been sent to medical centers by the emergency medical service of the province.

Iran has a good road network but accidents caused by reckless drivers kill thousands each year.

Police officials say around 17,000 people were killed in in road accidents across Iran in the previous Iranian year, which ended in March 2019.