TEHRAN, Jul 22 - Russia says Iran's arguments for its recent seizure of a UK-flagged oil tanker in the Strait of Hormuz were more convincing than those of London. 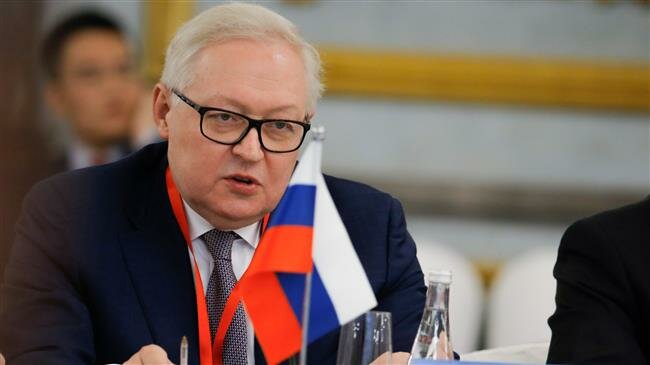 TEHRAN, Young Journalists Club (YJC) - "Arguments cited by the Iranian side to explain its actions are much more convincing than vague references to the European Union’s sanction law that were used by the Gibraltar authorities with the United Kingdom’s backing at the moment of the arrest of a Panama-flagged tanker carrying Iranian oil," said Russian Deputy Foreign Minister Sergey Ryabkov.

"Iran’s arguments are much more right than those of Gibraltar and London who are indulging in piracy," he went on to say. "Iran is taking care of the ecology in the Strait of Hormuz."

Iranian officials says the vessel had switched off its GPS locator, in contravention of international regulations, and was sailing into the strategic waterway in a wrong traffic pattern.

The taker was transferred to the port of Iran’s southern city of Bandar Abbas for maritime casualty investigation.

UK Prime Minister Theresa May is to hold a meeting of Britain's emergencies committee on Monday to discuss Iran's seizure of Stena Impero in the Persian Gulf.

In one of her final important acts as prime minister before resigning on Wednesday, May will chair a meeting of Britain's COBR emergencies committee at around 10:30 am (0930 GMT), a Downing Street office said.

A spokeswoman said in a brief statement that "as well as receiving the latest updates from ministers and officials, the COBR meeting will discuss the maintenance of the security of shipping in the Persian Gulf."

It will be the third emergency committee meeting held in the UK since Iran seized the Stena Impero tanker on Friday.

Russia on Sunday also took Iran's side against the US' claim that Tehran should not be allowed to enrich uranium at any level.

Mikhail Ulyanov, the permanent representative of Russia to International Organisations in Vienna, said all signatories of the Treaty on the Non-Proliferation of Nuclear Weapons, commonly known as NPT, are allowed to enrich uranium.

That is their inalienable right, and no one can deny them of that right, Ulyanov said, dismissing earlier allegations raised by the US president's national security adviser, John Bolton.

Bolton had claimed in a tweet on Friday that “one of the worst mistakes of the Iran deal, now on full display, was allowing Iran to maintain enrichment capabilities. There should be no enrichment for Iran."

In May, Iran began initiating a set of measures to respond to the US’s departure from the JCPOA and the European partners’ refusal to guarantee Tehran’s business interests under the deal.

The measures have already seen Tehran surpassing the 3.67-percent cap set by the JCPOA on the level of its uranium enrichment.