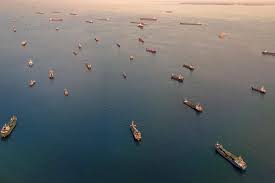 TEHRAN, Young Journalists Club (YJC) - Two people sustained minor injuries when seven pirates boarded the CK Bluebell and made off with $13,000 and belongings including mobile phones, clothes and shoes from the 22-strong crew, officials from the Ministry of Oceans and Fisheries said.

The incident took place near the Singapore Strait, a busy sea lane that runs past Singapore, Malaysia and Indonesia, the Yonhap news agency reported.

Piracy in the strategic shipping route has been less common in recent years due to heavier policing.

Singapore police, who manage the island nation’s coastguard, and the Maritime and Port Authority of Singapore did not comment immediately on the incident.

Korean officials said the ship was sailing normally after the robbery.