TEHRAN, Jul 23 - Iran’s Foreign Ministry voiced deep concern over clashes in the rallies held in Nigeria’s capital Abuja by supporters of the ailing leader of the Islamic Movement in Nigeria (IMN) Sheikh Ibrahim Zakzaky, calling for the release of the cleric for medical treatment. 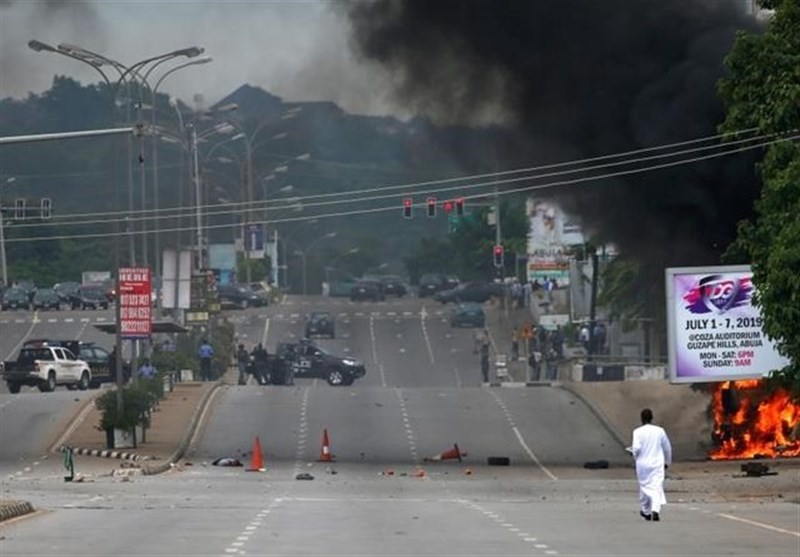 TEHRAN, Young Journalists Club (YJC) - In a statement on Tuesday, Foreign Ministry Spokesman Abbas Mousavi expressed deep concern about Monday’s clashes in Abuja, and condemned violence and the use of force in the demonstrations.

Some reports suggest that at least 11 people were killed in Abuja following clashes between security forces and supporters of Sheikh Zakzaky, whose health has deteriorated in detention since 2015.

Pointing to the deterioration of Sheikh Zakzaky’s health conditions and a report from a medical team that has highlighted an urgent need for medical care for the religious leader and his wife in a foreign country, Mousavi said, “The Nigerian officials are expected to take action, as soon as possible, to release Sheikh Ibrahim Zakzaky from the detention center to allow him access to decent and immediate medical services.”

The spokesman also emphasized the necessity for the protection of security, stability and calm in Nigeria, called on the two sides to stay calm, and urged the Nigerian authorities to exercise self-restraint, expedite the medical treatment of Sheikh Zakzaky, address the existing concerns about deterioration of his health, and resolve the issue through dialogue.

On Monday, demonstrators took to the streets of Abuja demanding the release of their popular religious leader following reports of worsening health conditions of both Sheikh Zakzaky and his wife, who is also imprisoned.