Johnson Forced To Tow Establishment Line When Dealing with Iran

TEHRAN, Jul 27 -Britain’s new Prime Minister, Boris Johnson, has immediately been engrossed in controversy upon assuming the highest office in the land. 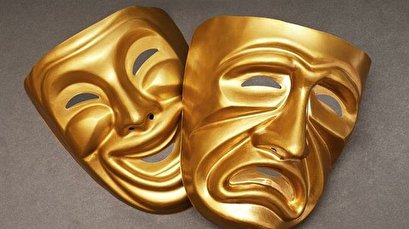 TEHRAN, Young Journalists Club (YJC) -He has landed in hot water because of his father’s hard-hitting interview with Press TV.

Speaking to Press TV on July 25, two days after his son was declared prime minister, Stanley Johnson said he was looking forward to seeing Boris “building bridges with Iran”.

Talking up Boris’ fascination with ancient history, and his apparent “love” for Iran, Johnson Snr claimed that: “Iran means so much to him, so the chance to have long-standing relationship with a country with such a fantastic history...”

Johnson Snr even proposed the following solution to the tankers dispute: “I think the best thing would be to say, look, we let your ship go you let our ship go… easy peasy”.

Stanley Johnson came under immediate attack from the British press for his supposedly “bizarre gaffe” on “Iranian state TV”.

For his part, Boris Johnson explicitly opposed his father’s position, and possibly his own beliefs, by parroting the establishment line on this issue.

Despite all the hot issues of the day, not least Brexit, Johnson opted to focus on Iran as his top priority at the very beginning of his premiership.

Addressing parliament for the first time as prime minister, Johnson attacked the leader of the opposition, Jeremy Corbyn, for “appearing” on Press TV and “siding” with Iran.

Johnson was subsequently ridiculed by the tabloid press for attacking Corbyn for committing the same supposed sin as his own father.

However, this about-face is hardly surprising as, at the end of the day, the PM is expected to follow the old establishment guidelines on foreign policy matters.

If anything, this episode demonstrates the power of the establishment in imposing its values, requirements and policy priorities on the highest office of the land.

Boris Johnson has developed a reputation as an amateur historian. Back in 2006 he authored the book “The Dream of Rome” to showcase his historical knowledge.

The book was also the subject of a BBC documentary, with Johnson as the star of the show, thus further burnishing his credentials as a historian.

If he was true to his training as an amateur historian, and a putative “lover” of Iran, then Johnson would take immediate steps to ease tensions with Iran.

Some international observers tend to lean toward his father’s view on the tankers dispute. They argue that releasing the Grace 1 super-tanker, which was unlawfully seized in the Gibraltar Strait by the Royal Marines earlier this month, would constitute a credible de-escalatory first step.

His strength of personality and bombast notwithstanding, Boris Johnson’s words and actions in his first few days in office do not instill confidence that he will stay true to his own instincts and judgement on Iran.