TEHRAN, Jul 30 - More than 12,000 children were killed and injured in armed conflicts last year — a record number — with Afghanistan, the Palestinians, Syria and Yemen topping the casualty list, according to a new U.N. report. 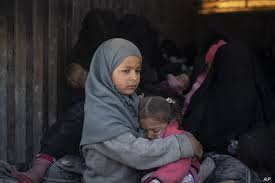 TEHRAN, Young Journalists Club (YJC) - The deaths and injuries were among more than 24,000 "grave violations" against children verified by the United Nations including the recruitment and use of youngsters by combatants, sexual violence, abductions, and attacks on schools and hospitals, it said.

According to Secretary-General Antonio Gutteres' annual report to the Security Council on Children and Armed Conflict obtained Monday by The Associated Press, violations by armed groups remained steady but there was "an alarming increase" in the number of violations by government and international forces compared to 2017.

Human Rights Watch and the Watchlist on Children and Armed Conflict, an international advocacy group, pointed to the Saudi-led coalition remaining on the list of parties that have put in place measures to protect children, citing a rise in child casualties by government and coalition forces in Yemen.

"The Saudi-led coalition since 2015 has committed appalling violations against children in Yemen without any evidence that it's trying to improve its record," said Louis Charbonneau, U.N. director at Human Rights Watch. "By including them once again in the 'not so bad' category of serious reformers, the secretary-general makes a mockery of the whole exercise."