TEHRAN, Aug 01 - Syrian Ambassador to Iran Adnan Hassan Mahmoud invited Iranian companies to attend an upcoming international fair in Syria and learn about opportunities to get involved in the reconstruction process of the war-stricken Arab country. 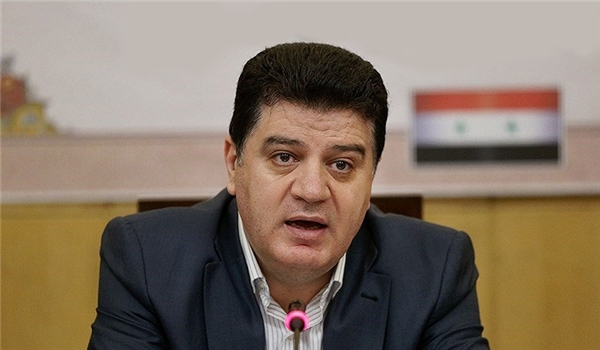 TEHRAN, Young Journalists Club (YJC) - In a meeting in Tehran, Mahmoud and the CEO of Iran International Exhibitions Company held talks on closer economic cooperation between the two countries.

The Syrian ambassador announced that the 61st Damascus International Fair will be staged in the near future and invited Iranian companies to attend the expo and invest in the Syrian reconstruction process.

The diplomat also stated that special facilities have been provided for the presence of Iranian companies in Syria.

Mahmoud further pointed to the cruel sanctions imposed on Iran and Syria, saying this would provide more opportunity for the two countries to cooperate.

Conflicts erupted in Syria back in 2011, when a small group of opposition forces took up arms against Damascus.

Soon, however, a mix of international terrorists and paid mercenaries mingled with and then largely sidestepped the armed Syrian opposition groups, effectively turning the Arab country into a battlefield for foreign governments opposed to Syrian President Bashar al-Assad.

But the Syrian military, with advisory military help from Iran and Russia — and a Russian aerial bombardment campaign — has retaken control of much of the country, and the conflict is generally believed to be winding down.