World criticizes US sanctions against Zarif 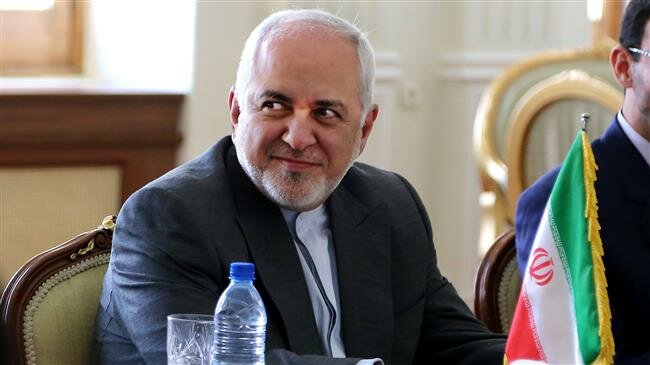 “We have taken note of the statement of the US side and the reaction of Mr. Zarif himself. The position of the Chinese side on this issue is very clear. China opposes unilateral US actions ... We think it is not facilitating the solution of the problem,” Hua said.

She stressed that negotiation and dialogue were the best ways to resolve the simmering tensions between Washington and Tehran.

“The US has repeatedly stated that it is ready to hold talks with Iran without preconditions. We hope that the actions of the United States will not diverge from their statements,” the senior Chinese official noted.

In separate statements on Wednesday, the US Treasury announced the imposition of sanctions against Zarif because he “acted or purported to act for or on behalf of, directly or indirectly, the Supreme Leader of the Islamic Republic of Iran”.

In his statement on Zarif’s designation, US Secretary of State Mike Pompeo claimed that the top Iranian diplomat is a “key enabler” of Iran’s policies throughout the region and the world.

The US Treasury Department also said in its statement that Zarif is Iran's "primary spokesperson around the world," and that the ban "is sending a clear message that Iran's "recent behavior is completely unacceptable.”

The European Union has also regretted the US decision, stating that it intends to keep working with the Iranian foreign minister.

“We regret this decision, and from our side, we will continue to work with Mr. Zarif as Iran's most senior diplomat, and in view of the importance of maintaining diplomatic channels", Carlos Martin Ruiz de Gordejuela, the spokesman of the European Commission for the international cooperation and development, said.

Moreover, Deputy Permanent Representative of Russia to the United Nations, Dmitry Polyanskiy, slammed the US move to impose sanctions on Zarif, arguing that the measure will block the way for any dialogue.

Polyanskiy described sanctions as against diplomacy, stressing that Moscow is against any type of bans, as they do not help find a solution.

Separately, France expressed concern over US sanctions on Iran's foreign minister, emphasizing that it disagrees with the decision along with Britain and Germany.

“We consider that all diplomatic channels should stay open, particularly in a context of high tensions,” the French Foreign Ministry said in a statement.

In addition, California Democratic senator Dianne Feinstein criticized the move, saying it was a “mistake” to sanction Mr. Zarif, whom she described as a “capable” diplomat.

“President Trump says he pulled out of the Iran nuclear agreement to force Iran back to the negotiating table, but this move limits the opportunity to do exactly that. This doesn’t move us closer to peace, it further escalates an already tense situation,” she said.

UN Secretary-General Antonio Guterres also demanded “maximum restraint at all levels.” and said he has delivered that message to leaders publicly and privately.

“A minor miscalculation could lead to a major confrontation,” the UN chief warned.

Guterres urged all parties to respect freedom of navigation in the Strait of Hurmuz and adjacent waterways, saying that “the last thing the world needs is a major confrontation in the Persian Gulf that will have devastating implications on global security and the global economy.”

Tensions have been running high between Tehran and Washington since last year, when Trump unilaterally withdrew the US from the Iran nuclear deal, officially known as the Joint Comprehensive Plan of Action (JCPOA), and unleashed the “toughest ever” sanctions against the Islamic Republic.

The European parties to the nuclear deal have since been trying to convince Iran to remain in the pact by promising to shield its economic interests from US sanctions.

In May, a year after the US’s exit, Tehran began reducing its commitments under the JCPOA on a stage-by-stage basis in response to Washington’s pullout and the ensuing European failure to make up for America’s absence.

Behrouz Kamalvandi, spokesman for the Atomic Energy Organization of Iran (AEOI), said on July 15 that Tehran’s decision to reduce its commitments to the 2015 nuclear pact was not made out of stubbornness, but rather it aims to give a chance to diplomacy.

Kamalvandi said the move aimed to awaken the other parties to honor their obligations under JCPOA.