Mogherini's adviser: EU will continue efforts to save JCPOA despite US ban on Zarif 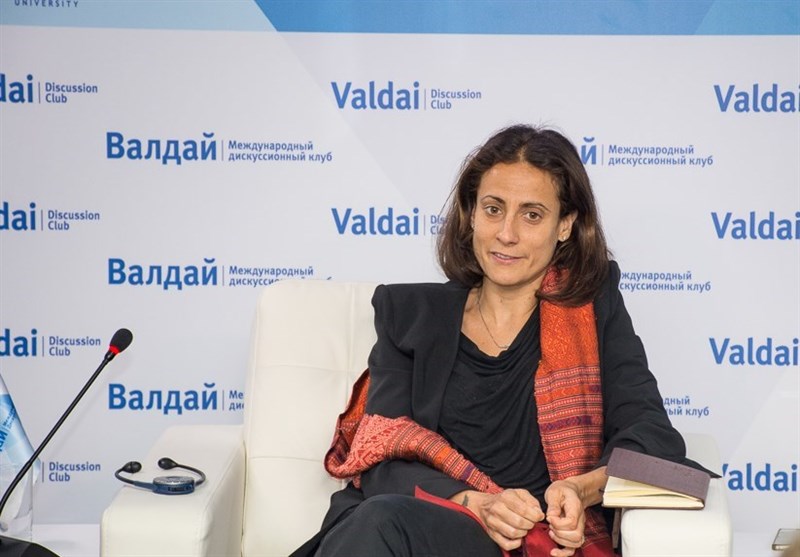 TEHRAN, Young Journalists Club (YJC) - “Sanctions on individuals are of course part of the foreign policy toolbox. But to sanction a diplomat, in fact, the top diplomat, of a country certainly is not the diplomatic norm,” Nathalie Tocci told the Tasnim News Agency on Thursday.

She added that Europe will continue its work to salvage the 2015 nuclear deal between Tehran and world powers regardless of the US decision.

Nathalie Tocci is Director of the Istituto Affari Internazionali, Honorary Professor at the University of Tübingen, and Special Adviser to EU HRVP Federica Mogherini, on behalf of whom she wrote the European Global Strategy and is now working on its implementation, notably in the field of security and defense. Previously, she held research positions at the Centre for European Policy Studies, Brussels, the Transatlantic Academy, Washington and the Robert Schuman Centre for Advanced Studies, Florence.

Tasnim: The US Department of the Treasury’s Office of Foreign Assets Control (OFAC) has imposed sanctions on Iranian Foreign Minister Mohammad Javad Zarif. What is your take on the move? Is it a diplomatic norm?

Tocci: Sanctions on individuals are of course part of the foreign policy toolbox. But to sanction a diplomat, in fact, the top diplomat, of a country certainly is not the diplomatic norm. Diplomacy is most needed when there are problems, conflicts or tensions to solve and address, and there are plenty of these between the US and Iran. To sanction the Iranian foreign minister is paradoxical, to say the least.

Tasnim: According to a statement by OFAC, Zarif continues to “spread the regime’s propaganda and disinformation around the world through these mediums.” What do you think?

Tocci: There are different views of Iran’s role in the world, and it is well known that the US administration’s views are very negative. But it is difficult to dispute the fact that part of a foreign minister’s job description is to promote through different communication mediums the positions and opinions of its government.

Tasnim: Following the announcement, Zarif took to Twitter and said, “The US' reason for designating me is that I am Iran's ‘primary spokesperson around the world’. Is the truth really that painful?” What are your thoughts on this?

Tocci: That indeed a foreign minister is the primary spokesperson of its government in the world. This is what the job is all about.

Tasnim: Is the move consistent with the Trump administration’s claims about its willingness to talk with Iran?

Tocci: Extremely difficult to see how it can be.

Tasnim: What implications may the move have for Europe since the EU is making every attempt to preserve the JCPOA?

Tocci: Not many, in fact, I don’t see why it should have any repercussions on European efforts to save the JCPOA. This work, hard as it is, will continue regardless.