TEHRAN, Aug 03 - Western sanctions targeting war-torn Syria have further deepened the suffering of the Syrian civilian population as the country struggles to press ahead with post-war reconstruction, according to a report. 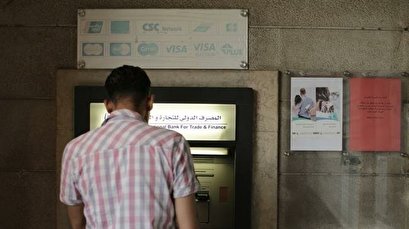 TEHRAN, Young Journalists Club (YJC) -During the past year, with the Trump administration tightening sanctions against Syria, “living conditions have become steadily worse, compounding the daily struggles of a worn-out population that has lived through eight years of conflict,” the Associated Press reported.

Since 2011 at the onset of the foreign-backed terrorism in Syria, the European Union and some Arab states have imposed sanctions on the country, restricting Syria’s oil imports, certain forms of investment and a number of institutions and officials.

Washington has also been imposing sanctions on hundreds of companies and individuals that it accuses of involvement in developing “chemical” munitions in Syria.

This is while Damascus surrendered its stockpile of chemical weapons in a process monitored by the United Nations and the Organization for the Prohibition of Chemical Weapons (OPCW) in 2013.

Withstanding more than eight years of foreign-backed militancy, Syria, aided by its allies Russia and Iran, has managed to greatly contain terrorists as conflict is winding down.

The AP report, however, reveals that the sanctions have greatly exacerbated suffering among the traumatized Syrian populace following the war that has killed nearly half a million people and displaced half the population.

Damascus says Syria’s losses from sanctions are billions of dollars.

Syria, once an oil exporter, currently relies heavily on oil imports to sustain its economy. Higher fuel costs caused by the sanctions have led to increased prices in nearly every sector.

The currency has so far lost a third of its value in 2019, standing at 600 Syrian pounds to the dollar. According to the United Nations, eighty percent of Syrians now subsist beneath the poverty line, making less than $100 a month.

Haji Abed, a taxi driver in Damascus speaking to AP, says he makes 12,000 pounds ($20) a day, but is left with only about $5 a day after paying for fuel. His rent is $35 a month. What’s left after that is barely enough for food and other expenses, he said.

Abed added that it was easier for him to make ends meet at the height of his country’s war, when Damascus was regularly threatened by terrorist presence in the outskirts in the city.

“Three months ago, there was no baby formula available,” said pharmacist Samir Aftimos, adding that “People with children ran from one pharmacy to another to search for it.” The issue was relieved when Iran sent supplies.

Syria is looking to firms in Russia, China, Iran and India for help on the matter.

Syria has been expanding political and economic ties with Iran as it seek assistance in its post-war reconstruction.

Iran has also pledged to support the Syrian nation.

"The Islamic Republic of Iran, just like in the past, will stand by the Syrian nation and government," Iranian President Hassan Rouhani said in a meeting with Syrian President Bashar al-Assad in Tehran earlier this year.