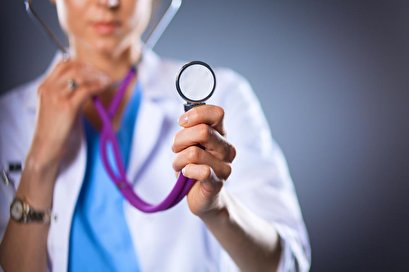 TEHRAN, Young Journalists Club (YJC) -Researchers found 40 percent of female physicians either reduced their hours to part-time or quit working, according to a study published Friday in JAMA Network Open. Experts worry this exodus could add to the growing doctor shortage in the United States.

"We know that patients of female physicians have lower hospital readmission rates and lower mortality in comparison to patients of male physicians," Constance Guille, a researcher at the Medical University of South Carolina and study senior author, said in a news release. "Further, when we lose women in medicine, we lose the potential for them as leaders in health care. This is really important given that gender diversity in leadership is highly associated with better profits and decision making."

The researchers asked 167 male and 177 female doctors about their preferences to work either part-time or full-time. Then they produced word clouds from those answers.

The typical words that jumped out for men were "need money," "loan" and "financial."

By contrast, the terms that stood out for women were "childcare responsibilities," "balancing work" and "family and children".

"Having resources that can help you take care of your family while you're taking care of your work, such as on-site daycare, flexibility in work hours and paid maternity leave, would be helpful," Guille said.

This work spun off the Intern Health Study, which previously investigated the causes of stress and depression among young doctors.

"We're not going to see the kind of changes we need without first acknowledging that. We're hoping that providing some scientific data will give people some fodder to start that conversation," said Elena Frank, a researcher at the University of Michigan and study lead author.