TEHRAN, Jul 7 - The US military only has six bombers capable of being deployed, said the head of US Strategic Command (STRATCOM), Air Force Gen. John Hyten. 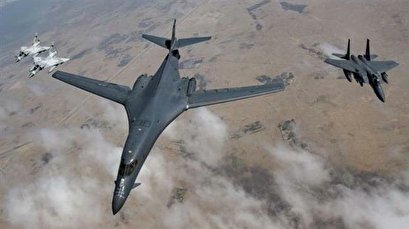 TEHRAN, Young Journalists Club (YJC) -"We have B-1B bombers; this is the workhorse of the Air Force today," Hyten said during a tense confirmation hearing before the Senate Armed Services Committee to become vice chairman of the US Joint Chiefs of Staff.

"Right now, of all of our B-1 bombers, we have six of them that are fully mission capable: five split between Ellsworth Air Force Base [South Dakota] and Dyess Air Force Base [Texas], one is a test aircraft, 15 B-1s are in depot," he further added as quoted in a Friday report by Military.com news outlet.

"The remaining 39 of 44 B-1s at Ellsworth and at Dyess are down for a variety of discrepancies and inspections," Hyten also pointed out, underlining that the B-1 has borne the brunt of constant deployment cycles.

"We saw issues in the B-1 because we're just beating the heck out of them, deploying them, deploying them. And so we had to pull back a little bit and get after fixing those issues. And the depots can do that if they have stable funding," Hyten further stated.

This is while AFGSC Commander Gen. Tim Ray has also agreed that demand has outstripped available aircraft, saying during a speech at a Deterrence Symposium in Nebraska on Wednesday that sometimes the demand for resources wins out..

Earlier this year, Ray further insisted that the US Air Force over-committed its only supersonic heavy payload bomber to operations in the Middle East over the last decade, causing it to deteriorate more quickly than expected.

"We overextended the B-1s in [U.S. Central Command]," he told reporters in Washington, DC last April, noting that’s why he recalled the aircraft to the US to receive upgrades and maintenance to prepare for what he described as the next high-end fight.

"Normally, you would commit -- [with] any bomber or any modern combat aircraft -- about 40 percent of the airplanes in your possession as a force, [not including those] in depot," he also explained. "We were probably approaching the 65 to 70 percent commit rate [for] well over a decade. So the wear and tear on the crews, the maintainers, and certainly the airplane, that was my cause for asking for us to get out of the CENTCOM fight."