TEHRAN, August 4 -The 2019 International Army Games began with an exhibition performance and tank biathlon on Saturday at the Moscow region's Alabino testing range. 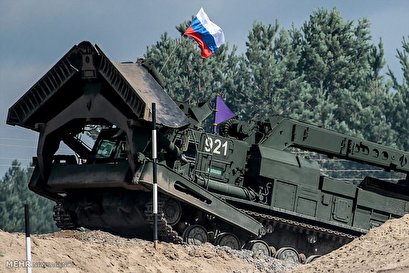 TEHRAN, Young Journalists Club (YJC) - The 2019 expo was highlighted with women's hors concours performance. In total, 223 teams from 39 countries, representing Europe, Asia, Africa, Central and Latin America, will compete for victory in this year's edition of the Army Games, which will finish on August 17.
Contests are held in ten Eurasian countries, including Azerbaijan, Armenia, Belarus, Iran, India, Kazakhstan, China, Mongolia, Russia and Uzbekistan. Iranian participants also hope to win these competitions.
Within the framework of the Army Games, the Festival of Friendship of the participating countries is also held. France, the USA, Slovakia and Turkey as four NATO member countries have sent their observers for the first time to this event.
Experts believe Army Games serve as a contest of courage and skills, knowledge and endurance, and most importantly - a brilliant military training, designed to promote the prestige of the Army and the tactical efficiency of the countries- participants.
Source: Press TV