TEHRAN, August 5 -A Sudan affairs expert tells Press TV’s The Debate program that Saudi Arabia is intentionally preventing the formation of a democratic government in Sudan to manipulate the status quo in the African country in its own favor. 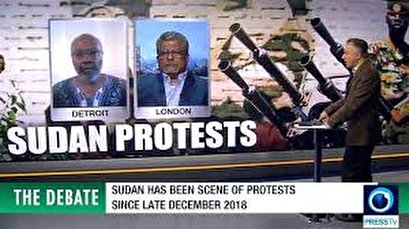 TEHRAN, Young Journalists Club (YJC) -Riaz Karim, director of Veritas Centre for Strategic Studies, made the remarks on the program on Tuesday.

The Sudanese military overthrew president Omar al-Bashir after some four months of widespread protests against him over dire economic conditions and the soaring prices of basic commodities on April 11. Following Bashir’s ouster, the coup leaders established the so-called Transitional Military Council (TMC), presumably to run state affairs in the post-Bashir era. But the generals also moved to consolidate power and faced popular protests themselves.

The protesters have kept up demonstrations, pressing the military to hand over power to a civilian government.

Speaking about the unrest, Karim said, “I can actually see something very suspicious going on.”

He said Sudan was in a 1.3-billion-dollar debt to the International Monetary Fund, and could not rely on international funding anymore either because it had been declared a “state sponsor of terrorism” by the United States.

“Saudi Arabia just deposited 250 million dollars this week into a bank account to get Sudan running,” he said.

He said Riyadh provided Khartoum with the funds in return for the latter’s lending troops to the Saudi-led coalition that has been waging war on Yemen since 2015.

“So why would Saudi Arabia want a civilian or a democratic government in Sudan if they can get what they want with the current situation as it is?” Karim asked.

Abayomi Azikiwe, editor with Pan-African News Wire from Detroit, and another guest on the program, said the military-ordered massacres in Sudan had constituted “a pattern that has been going on since December,” citing instances of carnage in April and June.

He, however, refused to implicate Riyadh, saying Sudan was experiencing very “complicated and volatile” conditions at the moment, which had affected the military too.

“There is a purge underway inside the military itself. Some of the leading military figures are being removed due to disagreements within the military with regard to negotiations with the opposition,” he said.